Recent Israeli strikes in its neighbourhood are a calculated risk, but no matter how controlled, they can quickly spin out of control.

Over the last month, Israel has launched a series of airstrikes and drone attacks in Iraq, Syria and now Lebanon, in what represents a dangerous escalation and arguably a change towards a more aggressive tactical stance.

While Israeli rhetoric has long spoken of the ‘long hand’ of Iran the region, recently there has been a more deliberate effort to directly link Iranian proxies and allies in the region into what effectively amounts to a single front.

Israeli officials have spoken of Yemen’s Houthis, Lebanon’s Hezbollah and the Iraqi Hashd al Shabi (Popular Mobilization Forces) in one breath as a demonstration of Tehran’s footprint and the reach of its influence in the region.

Israel’s rhetoric, combined with its actions risk turning what may be a localised conflict into a regional flare-up.

There are two main macro-level explanations for why things have gotten to where they have today. On a near-term level, the Trump administration is following the Obama administration's lead in increasingly delegating responsibility to regional allies, which has decreased the likelihood of the US playing a role in de-escalating conflict.

A carte blanche to Israel to carry out any policy objectives it desires, combined with increasingly cosy and open relationships with wealthy Arab Gulf States and a secure border with Egypt, has engendered a situation in which Israel is in a position of increased, and virtually unchecked, strength in the region.

A recent declaration by the Iraqi intelligence services suggests that Israel launched drones used in attacks against Popular Mobilization Forces (PMF) in Iraq from YPG-controlled territory in Syria and backed by Saudi Arabia. If proven, it's demonstrative of a geopolitical setting in which Israel is finding itself increasingly supported by Arab states, particularly Saudi Arabia and the UAE. The YPG is the Syrian branch of the PKK, designated a terrorist organisation by Turkey, the US and the European Union.

There are three overarching reasons for the recent spate of Israeli attacks.

Firstly, as Iran has consolidated its position in Iraq and Syria, it has left Israel more vulnerable not only to asymmetrical attacks but also to a confrontation with Iranian allied militias, most notably the Lebanese Hezbollah.

The Israelis have struck Hezbollah and Iranian targets in Syria for some years now drawing only limited responses, indicating that there exists a kind of tacit understanding that limited Israeli strikes in Syria will engender only limited Syria-based reactions from Iran and Hezbollah.

The seemingly connected strikes against Iran-allied Popular Mobilization Forces militias in Iraq, intensifying drone activity over Lebanon, apparent drone strikes against an Iranian-allied Palestinian group in Lebanon and an apparent assassination mission against a Hezbollah target in Beirut sends a message to its enemies. But the message may not be what they intended: it shows there's a limit to Israel's capabilities, but, perhaps more importantly, it risks Israel becoming the harbinger of its self-fulfilling prophecy of having to confront Iran and its allies on multiple fronts.

Secondly, the domestic Israeli political situation itself can be seen as a driver of the timing of the recent escalations.

Israeli Prime Minister Benjamin Netanyahu is arguably feeling the pressure of the upcoming Israeli elections. To retain his post as prime minister, Netanyahu will need to construct a coalition of right-wing parties without some of his former allies, such as former Foreign and Defence Minister Avigdor Lieberman and his Yisraeli Beiteinu party.

Netanyahu’s main competitor, Benny Gantz, has been critical of Netanyahu’s policy in Gaza, accusing him of showing too much ‘restraint’ to the besieged enclave and broadcasting ‘weakness’ to Iran, furthering the PM’s motivation to show that he is ‘tough’ on the country’s enemies. Others have accused Netanyahu of looking to shift the election debate away from domestic issues—Netanyahu faces serious corruption charges—towards security issues by ‘igniting’ Israel’s borders.

Thirdly, there are signs of a possible rapprochement between the US and Iran, something the Israelis, and Netanyahu in particular, has historically opposed. Recent overtures at the G7 summit orchestrated by French President Emmanuel Macron, have advanced the possibility – however slim – that negotiations between the US and Iran may be on the table soon.

Iran’s strategic moves in the region with regards to its ability to circumvent sanctions may have also gotten Israel’s attention. Leveraging its influence in Iraq and Syria maintained through a patchwork of loyal militias, Iran has been seeking an alternative route to export its oil.

Currently, Iran is hoping to establish a bypass route to the Strait of Hormuz via an Iraq-Syria pipeline connecting Iran to the Syrian port of Baniyas. By demonstrating to Iran that it is able and willing to strike its interest and allies anywhere in the region, including in Iraq, Israel is seeking to add pressure against an increasingly boxed-in Iran.

While Netanyahu wants to benefit politically by appearing tough, Israel is calculating that its enemies will not retaliate to risk sparking an all-out conflict. Hezbollah and its Iranian patrons are now in a difficult position that risks either undermining their deterrent capability or being drawn into a war that, if it got out of control, would be devastating for all parties involved.

Even a limited engagement would risk not only widespread destruction in an economically fragile Lebanon, but also provide Israel with a potential opportunity to set back Iranian and Hezbollah facilities in both Syria and Lebanon.

Israel however, would also risk exposing its critical infrastructure to Hezbollah attacks. Although Israel destroyed Hezbollah tunnels late last year, the Lebanese group undoubtedly has retained a significant ability to infiltrate Israeli territory where they could inflict severe casualties against Israeli troops. Though the risk is remote, it is not out of the realm of possibility that allied militias in Iraq and Syria could be mobilised to open a second northern front against Israel.

So far, Hezbollah has refrained from an impulsive response, even as Israel has provocatively intensified its drone activity in Lebanese airspace daily since August 25th. There is significant pressure on all sides to allow space for cooler heads to prevail, though there are no guarantees that this will be the case.

The bravado from Iran and its allies in the region in response to Israeli aggression is nothing new, however, given the increased aggressiveness of Israeli rhetoric and action, Hezbollah and Iran will feel pressure from its supporters to retaliate in some form, although they will likely prefer to do so at a time of their choosing. Iran and its allies now have their own calculated risks to take in deciding how, when, where, and if to respond. 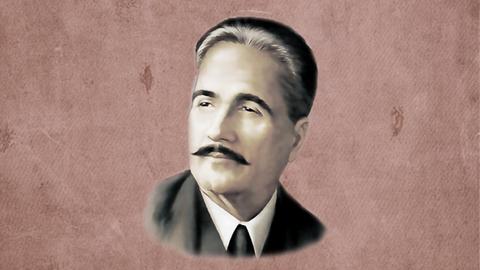