1
Why contain Iran, when it is already self-contained?
2
Peace in Afghanistan is impossible without an inclusive approach
3
French undercover reporter reveals deep rot in the police
4
Op-Art: Fire and misery in a Greek refugee camp
5
Wildfires, wildlife population declines and Covid-19 are all connected

Iran’s parliamentary elections of February 21 saw the lowest voter turn-out ever and the most unequal playing field for the opposition reformists.

Although lacklustre, these elections had significant markers for the future trajectory of the 41-year-old Islamic Republic indicating a major shift in the political landscape towards total control by the hardliners.

The first marker was the low turn-out, so low that at first, the authorities decided not to announce an overall figure. Instead, results were given by province.

Iran's interior ministry finally announced on Sunday a 42.57 percent turnout which is the lowest turnout ever since the formation of the Islamic Republic. Opposition estimates say 80 percent in Tehran and 60 percent across the country did not participate.

A majority of the non-participants were probably the young, the educated and the middle class which comprise a high-value segment of voters.

The second marker was that while the intensive engineering by the Guardian Council produced the required result for the supreme leader, Ali Khamenei, and the Islamic Revolutionary Guards Corps (IRGC), it failed to project popularity, legitimacy or unity.

The overall apathy was higher than ever before. It was accentuated by the dire post-US-sanctions economic conditions, the downing of the Ukrainian airliner in January and the violent crackdown of last November’s protests.

The third marker was the weakest ever performance of the reformists showing their inability to use such dire economic and political conditions to their benefit.

They had no clear strategy to confront the establishment and their top leaders oscillated until the last moments between boycotting and participating.

The reform leader, former president Mohammad Khatami, decided to vote turning his back on angry supporters. Mahmoud Sadeghi a running member of the parliament who made a big fuss on social media about his disqualification said he was voting against the US maximum pressure campaign.

The fourth important marker related to international rivalry between Iran and the United States. The low turn-out indirectly spelt a victory for the maximum pressure campaign of the US president, Donald Trump, although the general consensus remains opposed to American interference.

Ayatollah Khamenei who had framed participation as a religious duty to stand up against “US arrogance” failed to convince a public disappointed in his leadership.

The result is a parliament packed with right and far-right hardliners. An IRGC General, Mohammad Bagher Ghalibaf is leading the list in Tehran, followed by a former hardliner culture minister Mostafa Mirsalim, and a hardline cleric Morteza Aqa-Tehrani.

Ghalibaf and Mirsalim were candidates in the last presidential elections but both lost to President Hassan Rouhani.

In his speech praising the results, Khamenei said holding elections in the Islamic Republic indicates “religion is a perfect symbol of inclusive democracy.”

What he failed to note is that rigged elections are also a hallmark of authoritarian regimes who do not allow free and fair elections or free media. In fact, they manipulate the media for their campaigns of threats and intimidation.

Authoritarian regimes only hold elections to gauge the level of opposition to their rule and to imply to the public that the only way they would win is by being with the regime. That’s what became of Iran’s reformists.

Even in its very exclusivist elections, the establishment was too frightened to allow a fair playing field – not even for the reformists who support Khamenei’s supreme leadership. Instead, over the past 41 years, the regime gradually barred, sidelined, imprisoned or killed at the first sign of dissent.

In that way, as with all authoritarian regimes that remain in power for too long, the Islamic Republic has exhausted all its ideas.

The Iranian parliament is now only capable of a hardline projection, a far cry from any “symbol of democracy.”

Once the new hardline parliament is inaugurated and a new speaker is chosen, it would probably impeach the moderate President Rouhani and his cabinet.

It would then opt for full withdrawal from the nuclear deal (JCPOA) and the Non-Proliferation Treaty (NPT). Relieved by being blacklisted on Saturday by the Financial Action Task Force (FATF), it would probably approve new methods of money laundering and financing for its several militias around the world.

Perhaps messers Khamenei and Trump — each in their own versions of populism — would claim short term victories in these elections, the former through exerting maximum political pressure and the latter by maximum economic pressure on the silent majority of Iranians.

Yet the results would bring no political or economic respite to Iranians or Americans.

Once the president is replaced the three powers of the executive, legislative and judiciary would act as one in control of the hardliners with ever fiercer controls at home and more intrigues in the Middle East including a bolder confrontation with the US and intensified targeting of American soldiers in the region.

Rouhani goes to Iraq despite internal rivalries and external pressure 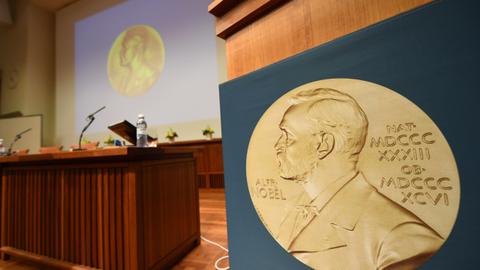 1
Why contain Iran, when it is already self-contained?
2
Peace in Afghanistan is impossible without an inclusive approach
3
French undercover reporter reveals deep rot in the police
4
Op-Art: Fire and misery in a Greek refugee camp
5
Wildfires, wildlife population declines and Covid-19 are all connected