King's life was an inspiration around the globe, and the anti-war and anti-capitalist views that informed his activism have been largely cleansed from his legacy.

Few figures in our contemporary history are so revered. The commemoration of the 50th anniversary of the assassination of Rev. Dr. Martin Luther King Jr. once again reminds us of the almost unanimous opinion that his life inspires. He was an activist's activist, a man of peace who advocated love and non-violence and whose commitment to justice is beyond dispute.

According to a survey, at the end of the 20th  century, King was among the most admired people in America, second only to Mother Theresa. Yet at the time of his death in 1968, King was not the revered figure that he is today. At that time, the positions he defended were far from popular. According to a 1966 Gallup poll, two-thirds of Americans had a negative opinion of him.

The man we celebrate today is the Martin Luther King we associate with the famous "dream" he presented in his March on Washington for Jobs and Freedom speech in 1963. But really, this image of the seductive peaceful "dreamer" hides the strong-willed activist that he was.

We seem to have forgotten that Martin Luther King was above all a politician and an accomplished strategist who throughout his short life worked to develop theories and alliances that would advance the rights of the poor. His work was an inspiration, and a reference, for all marginalised groups the world over.

Since his student days, his interrogation of capitalism as the source of many inequalities is present in his reflections and writings. The constant influence of Marxist theories on his thought has been underlined by many biographers, like Sylvie Laurent in France. Indeed, he was regularly accused of being a communist, which was not without consequences in the Cold War hysteria of the time.

But this view of American society was an asset for his activism, as Martin Luther King never would have obtained the legitimacy he had in blacks’ minds in Montgomery, Alabama if he had not been able to rely on the working class. Segregated bus routes were widely used by poor blacks. When the activist Rosa Parks unleashed a wave of protests against racist businesses, it was imperative to mobilise working class blacks to sustain the boycott movement. The pastor's ability to associate with the left-wing fringes of the labor movement and his understanding of the centrality of union activists like the movement's cornerstone, E.D. Nixon, played crucial roles in the success of this unprecedented boycott.

Martin Luther King was of course a churchman, but he was also an intellectual, a doctor of theology and an expert on political thought.

Anti-capitalism, the guiding thread of his thought, is inseparable from his commitment to the oppressed. A profound questioning of the power structures in the United States runs through his writings.

In his famous “dream” speech, he recalled that the American Declaration of Independence marked the signing of “a promissory note to which every American was to fall heir,” but deplored the fact that “instead of honoring this sacred obligation, America has given the Negro people a bad check, a check which has come back marked ‘insufficient funds’”.

This speech was the occasion to hold this unjust America accountable, to demand the dismantling of the foundation of inequality and to assert the demands of black citizens who “come to cash this check, a check that will give us upon demand the riches of freedom and the security of justice.”

This position, which defied the white establishment and the privileges associated with its power, met great resistance, especially from the FBI, which hounded the Reverend, accusing him of fueling an “anti-American” scheme. Martin Luther King was regularly beaten during public demonstrations under the watchful eye of the police and he was the subject of multiple arrests.

Martin Luther King expressed a deep faith in the values of his country and its founding texts, but he was nonetheless very critical of its imperialist ambitions, the effects of which were dramatic for the rest of the world.

In his time, the most glaring manifestation of this murderous imperialism was the Vietnam War. To be sure, King compared the methods of his country to those of the Nazis. His speech “Beyond Vietnam”, delivered a year to the day before his death at the Riverside Church in New York City, contained an uncompromising criticism of this war, which he considered “a symptom of a far deeper malady within the American spirit” whose consequences affected many other parts of the world.

Martin Luther King’s immense impact outside the US, remained even after his death. He inspired the first and most successful national March against racism in France in 1983, The March for Equality and Against Racism initiated by a Young French Algerian named Toumi Djaidja.

By the end of his life, Martin Luther King expressed more and more explicitly his will to fight the misdeeds of American capitalism by working on behalf of its poorest citizens. He initiated the “Poor People Campaign” in 1968, calling for a new march on Washington to denounce the misery that strikes the poorest American households.

In MLK’s eyes, one thing was obvious; the reduction of inequalities between social classes is paramount. Long before many popular economic thinkers of the 21st century, he was one of the first to seek a guaranteed minimum income for every citizen.

At the time of his death, he was in Memphis to support a strike by sanitation workers who sought relief from their low wages and dangerous working conditions. These positions greatly undermined his popularity in popular opinion during his lifetime.

Today, this is hard to fathom; he is the only 20th century figure whose name is associated with a US holiday and he is also the only non-President of the United States to have a memorial statue on or near the National Mall in Washington, D.C. This monument that pays tribute to him presents a number of his ideas through excerpts from his speeches and sermons. But exactly as in the nation's collective memory, the chosen quotations do not reflect the complexity of his thought.

In reality, Martin Luther King fiercely fought against the ideas of many of those who now brandish his image as a banner. The eminently subversive essence of his words has been purged to make them more palatable, easier to embrace universally.

If he were alive today it is likely that King wouldn’t have the same popularity that he has earned posthumously. If he were an activist today, there is no doubt that his questioning of the balance of power, both inside the United States and globally, would likely inconvenience most of those who now claim to profess his thoughts. 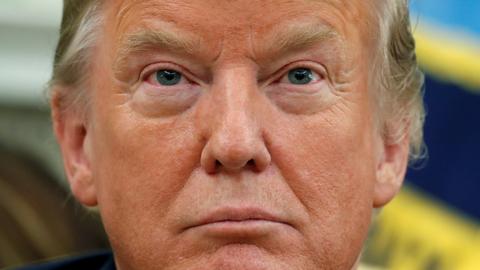 There is no genuine 'resistance' inside the Trump administration