Yemeni suffering enters its fifth year with no end in sight, and with no allies in the media to hold the aggressors accountable.

On Wednesday, a Saudi coalition air strike hit a hospital in a rural area of northwest Yemen, killing seven and injuring eight others, according to the international aid organisation Save the Children, which provides support to the hospital.

“Innocent children and health workers have lost their lives in what appears to been [sic] an indiscriminate attack on a hospital in a densely populated civilian area,” said Helle Thorning-Schmidt, the organisation’s chief executive, in a statement to the Associated Press.

“Attacks like these are a breach of international law.”

This egregious attack comes on the 4th anniversary of the start of the war in Yemen and serves as a tragic, yet perfect example of the kind of misery that has been inflicted upon the Middle East’s most impoverished country by the Saudi-led coalition since 2015.

Saudi-led airstrikes have struck hospitals, wedding parties, schools, water supplies, electricity grids, seaports, sewage facilities and other critical infrastructure, which have not only killed thousands of civilians but also, coupled with the blockade, have made it the “world’s largest humanitarian crisis.”

Today, more than 20 million Yemenis are in need of urgent humanitarian assistance, which includes 10 million who are “just a step away from famine,” alongside another quarter million who are “facing catastrophic levels of hunger,” according to UN Humanitarian Chief Mark Lowcock.

The economy is in tatters, government workers go without pay, and children wander trash heaps in Yemen’s largest cities looking for scraps of rotten food to sate their emaciated bodies.

If Yemenis are fortunate enough to survive famine, fighting, or starvation, then the threat of cholera stalks them, with the country faced with the world’s worst outbreak of the often-lethal disease. It has struck down 750,000 people, a blight caused directly by the Saudi coalition’s bombing of Yemen’s sewage facilities.

It begs the question - how on earth have these war crimes and crimes against humanity been allowed to continue for four long and bloody years?

The first step in answering that question is acknowledging that Saudi Arabia would never have had the capability to wage this war were it not for the logistical and material support provided to it by the United States and its Western allies.

Saudi Arabia depends on the US, UK and France to supply arms, and carries out its airstrikes using US satellite technology to identify targets, while US mid-air refuelling capabilities keep Saudi warplanes lurking in the skies above Yemen for extended periods.

These bombs were used to strike the Hajjah market in 2016, which killed 119 civilians. They were used again on a funeral in Sanaa, which killed 140 mourners, and they were used once more when a US-supplied bomb was dropped on a school bus in 2018, incinerating 40 boys, aged 6 to 11, and eleven adults.

Amnesty International has documented 41 coalition air strikes that appear to have violated international humanitarian law, “many of which amount to war crimes.”

These realities of the conflict lead to another important question: how have Western democracies allowed themselves to stand by mostly idle as these atrocities and war crimes are carried out in their name?

In short, mainstream news media outlets in the West have failed their audiences, depriving them of adequate coverage, and providing misleading information in the rare moments it has given airtime to the miserable realities in Yemen. Poor coverage has served to temper the kind of public outrage necessary to pressure governments into taking another direction.

The fact is that media around the world has failed Yemen – but Western press in countries that are directly involved should play a more significant role in holding their governments accountable.

It’s for this reason Yemen is described as the “forgotten war.”

While mainstream media attention has been given to a number of the mass civilian casualty attacks, like those identified earlier, it does so in a way that casts the victims as the “collateral damage” of a Saudi-Iran proxy war, leaving audiences with the impression it’s just another sectarian conflict that has everything to do with them and nothing to do with us.

The media rarely mention the direct role Western governments—that they are tasked with holding accountable through their reporting—played in the respective massacre of civilians, only giving glancing commentary towards the Saudi-Iran rivalry in the region.

"When you have coverage which doesn't really provide context or a proper understanding of the key actors in a conflict and also the role of our own governments, publics are left with a sense of a confused conflict where it's not clear who's right or wrong, it's not clear whether or not we're involved in it," Piers Robinson, a professor at the University of Sheffield, told Al Jazeera.

Robinson also points to the “close relationship between government officials and journalists,” which he believes prevent the public from becoming “fully aware of what’s going on.”

To this point, one can then see how easily the US government, for example, has been able to get away with hiding evidence of its war crimes in Yemen from the American public.

In a piece for TRT World in 2018, I observed how the US-Saudi coalition has presented the international community with one sham investigation after another into their respective involvement in the conflict in Yemen. Both routinely exonerate their forces, placing unjustifiable blame on their victims, while denying all liability in the face of irrefutable evidence that contradicts their respective claims.

An independent and wide-ranging investigation into the war in Yemen was released by the United Nations in 2018, however, and it reads as an unequivocal condemnation of all belligerents for having likely “perpetrated, and continue to perpetrate, violations and crimes under international law.”

“Coalition air strikes have caused most of the documented civilian casualties. In the past three years, such air strikes have hit residential areas, markets, funerals, weddings, detention facilities, civilian boats and even medical facilities,” the authors of the report observed.

In the end, it has taken four full years for the American public to become sufficiently aware of these truths, and with the US Senate passing a resolution to end support for the war in Yemen just two weeks ago, many are hopeful the conflict will avoid marking another anniversary.

That is, of course, if US President Donald Trump doesn’t fulfil his promise to veto the resolution on behalf of his benefactor – Saudi Arabia, which raises many more questions, but that's for another day. 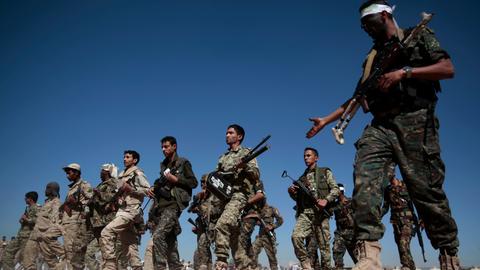 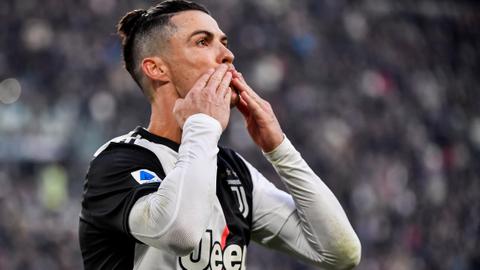