Sisi and the future of the Egyptian revolution

Despite support from several countries, Abdel Fattah el-Sisi is under pressure from within. Increasing security concerns, terror attacks in the Sinai, economic issues and foreign policy problems threaten the future of his regime.

Six years ago today, revolutionary masses in Egypt did not only aim to end the autocratic regime of Hosni Mubarak, but they also aspired to join the league of democratic nations that enjoy human rights, freedom of expression and socioeconomic well-being.

Initially, the people succeeded, Hosni Mubarak was forced to quit and democratic elections were held. As Egypt's largest civil society organisation, the Muslim Brotherhood undertook the responsibility to lead the country from autocracy to democracy.

Egyptians witnessed the transition to a democracy during Mohammad Morsi's year in power. However, both domestic and international actors that were sceptical about the Muslim Brotherhood's rule initiated a counter-revolution in 2013 and forced Morsi to leave his position as president. The first free and democratically elected civilian president of the country was sent to prison by a military coup d'etat.

This was the turning point of the Egyptian revolution. The counter-revolution's goals were the exact opposite of the revolutionary masses of 2011. Human rights violations, imprisonment of journalists and the unlawful detention of civilians became routine practise for Abdel Fattah Al-Sisi's new regime. Despite pressure from human rights groups, the Sisi regime continued its oppressive policies toward not only the Muslim Brotherhood but also other liberal, secular and even socialist groups that had supported the July 3rd coup d'etat. Experts on Egypt soon agreed that Sisi's rule had become the worst regime in the country's history.

In the following period, while Sisi had increased pressure on the democratic and non-violent opposition, many regional and international actors openly supported him. What is important to note here is that countries like the US, UK, Germany, France and Italy all supported the Sisi regime and its brutal policies. This has gave Sisi the legitimacy he had sought since the military coup in 2013.

These countries, along with Saudi Arabia, the United Arab Emirates and Russia, supported Sisi's regime both politically and financially. The Egyptian case has shown that while the western countries promote democracy in principle, they practise a different course of action when their interests are under threat. As a result, Egyptians lost their trust in the West and consequently their belief in the revolutionary process waned.

However, countries such as Turkey and Qatar continued to support the democratic aspirations of Egyptians. Both countries opened their doors for those escaping the oppressive regime of Abdel Fattah Al-Sisi. Turkey, in particular, was the leading country that defended the rights of the masses in the Arab world who raised their voice against oppressive regimes. In the case of Egypt, Turkish leader Recep Tayyip Erdogan was one of the first leaders to ask Hosni Mubarak to leave his position peacefully. In the following period, Ankara supported Egypt's transition to democracy and provided financial and political assistance.

Turkey repeatedly announced that it would never accept the legitimacy of the Sisi regime that came to power through a military takeover. Even though its relations deteriorated with Cairo, Ankara stood firm on its stance and argued that Morsi should be released and returned to his position. Turkey also hosted thousands of Egyptians who were unlawfully imprisoned and even given death sentences by the military regime in Egypt.

Egypt's foreign policy crises in the post-coup period are not limited to Turkey. While Cairo's attempts for influence in Libya have not yet created results for Egypt, the Sisi regime has also not made any progress in discouraging Ethiopa's plans of building a huge dam on the Nile River.

The Sisi regime faces one of its most serious foreign policy crisis with Saudi Arabia. Even though Cairo enjoyed Riyadh's support during the military coup and its aftermath, today, the relationship is strained. This is primarily because many of Sisi's policies are not in line with those of King Salman's. Cairo's unwillingness to participate in Operation Decisive Storm in Yemen was an early warning of the looming crisis between the two countries.

In 2016, Egypt's policy in Syria took an unexpected course when it aligned with Iran and Russia, ignoring the concerns of Saudi Arabia. Egypt's increasing engagement with Iran was the final blow to the already strained relations between Cairo and Riyadh. As a warning, the Saudi administration took an open stance and announced its cancellation of oil deliveries to Egypt. This, however, did not change Cairo's position and an Egyptian court decided to cancel the transfer of Tiran and Sanafir islands to Saudi Arabia as a response to Riyadh's move.

The Egyptian regime is aware of the fact that problems with Saudi Arabia will not only have consequences in the political sphere, but will also carry economic consequences for Egypt. The country stands to lose one of its main financial supporters in the post-coup era.

Recently, Egypt has faced serious economic problems. The main sectors of its economy such as tourism, industry and foreign investment have posted their lowest numbers during the last few years. Additionally, financial instability and increasing inflation directly affects common Egyptians who had already been going through tough times economically.

Despite continuing support from western countries, Sisi feels the pressure from within. Increasing security concerns, terror attacks in Sinai, economic issues and foreign policy problems threaten the future of the Sisi regime. Regardless of Sisi's future, the fate of the Egyptian revolution is still unknown. In this sixth anniversary of the January 25 Revolution, one thing is clear: Egyptians are less hopeful to achieve the goals of revolution than they were a year before.

Ismail Numan Telci is the Vice President of Center for Middle Eastern Studies (ORSAM). He is also an Associate Professor at the Middle East Institute (ORMER) and at the Department of International Relations at Sakarya University. He is the author/editor of many books including 'Dictionary of the Egyptian Revolution', 'Eastern Mediterranean in International Politics' and 'Gulf Foreign Policy'. His comments appeared on international outlets including Al Jazeera, BBC, Le Monde and Deutsche Welle. 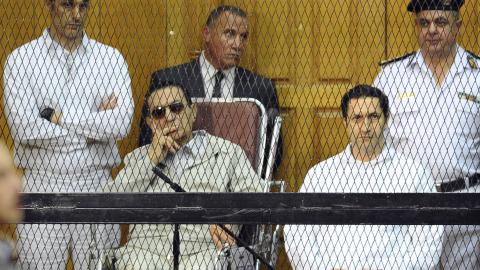 The catharsis of Hosni Mubarak's acquittal 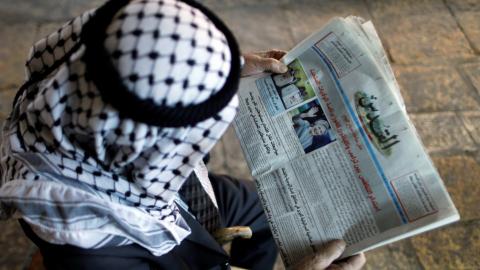