The House of Saud rules the country right now, but if Saudi Arabia wants to keep it that way, it will have to correct its course.

The House of Saud may rule for now, but is that how it will always be?

Just last week the Saudi King’s brother, Prince Ahmed bin Abdulaziz, said, “why do you blame all of Al Saud? Blame the ones responsible,” to anti-war protesters, indirectly disowning the failures of the Saudi state in Yemen.

Earlier this year, Dexter Filkins wrote a piece for The New Yorker titled ‘A Saudi Prince’s Quest to Remake the Middle East’, arguably one of the best and most detailed analyses on the chaos of what we call ‘the three prince gamble’: Mohammad bin Salman (MBS), Mohammed bin Zayed (MBZ), and Jared Kushner.

Kushner of course, is an American prince unlike the royal families of Saudi Arabia and the UAE in many ways, but the three leaders' power, influence, and how they envision the future of the Middle East have united them in more ways than one.

Prior to Trump's tenure, in 2013, it was none other than the Crown Prince of Abu Dhabi, Mohammed bin Zayed, alongside his Saudi counterparts who bankrolled a bloody military coup d’etat against the first democratically elected president in Egyptian history.

In 2015, the joint-decision to wage war in Yemen was led by MBS and MBZ, who both corralled and harangued their neighbours into that ongoing catastrophe.

In 2016, it was Mohammed Bin Zayed again who allegedly bankrolled the FETO movement that staged a bloody attempted coup d’etat in Turkey.

According to Saudi whistleblower Mujtahid, who is believed to be a member of or have a well-connected source in the royal family, MBZ informed Bin Salman that he had relations with Pennsylvania-based opposition figure, Fethullah Gulen, who orchestrated a botched coup in the country.

According to Mujtahid, Gulen received over $200 million from the UAE to launch the coup. The coup attempt was a failure.

In 2017, it was the Arab quartet led by Mohammed Bin Zayed who imposed a land, sea, and air blockade on Qatar, a blockade vehemently condemned by the United Nations and many in the international community.

Some Qataris speculate that Kushner endorsed the blockade partly out of frustration over a failed deal with his family’s real-estate firm, Filkins states. In November of the same year, MBS tried to exert his influence in Lebanon by detaining the Lebanese prime minister Saad Hariri and forcing him to resign through a video message, only to later reverse his decision.

Fast track nearly two years into the Trump administration’s tenure, and the blunders of the MBS-MBZ-Kushner relationship have become far more numerous and catastrophic.

But more than that, it appears that Saudi Arabia’s standing in the Muslim world has taken an irreparable blow as a result of its new crown prince and his relationship with MBZ of the UAE and the Trump administration. MBS has led Saudi Arabia into deep waters, influenced, and arguably led by, MBZ.

Political analysts describe Saudi's current foreign policy as a departure from the norm, away from a conservative approach towards its neighbours and allies, and towards a bold and defining role within the Muslim world. This is in no small part because of MBZ’s influence on Saudi policy, which starts to make sense when you look at MBZ’s role in bringing MBS to power. After all, MBS was far removed from becoming the next Saudi monarch.

The future of Saudi Arabia could go in a few directions. On the one hand, it seems many of MBS’s blunders—though inspired by MBZ—can in fact be reversed. Many of the failures are a result of these leaders' perception of democracy and politics in the Muslim world. The reality is that the current course could further isolate the monarchies of Saudi and the UAE, and their vision for the region.

If Saudi Arabia were to, for example, abandon its policy of counter-revolutions, and embrace a future for the region inspired by the people, coup attempts, war and chaos could rapidly, fade, eventually becoming a thing of the past.

The best thing for Saudi Arabia is to distance itself from the politics of Mohammed Bin Zayed who is likely the most influential driver behind the sudden destructive shift in Saudi foreign policy. This is in the best interest of long-term sustainability for the Saudi state.

The other side of the coin leads to two possible scenarios: the first is one of upheaval from within, inspired by key figures from within the Saud family. The list of dissidents unhappy with MBS’ blunders at home and abroad are growing and they are becoming more outspoken.

King Salman’s decision to stop Aramco, the Saudi petroleum giant, from becoming a publicly listed company is a sign that he realises MBS is a magnet for failure and could not possibly be trusted to gamble with Aramco - the bloodline of the Saudi economy. If the Saudi king can’t contain MBS’ saga of failure after failure, irreversible upheaval is a real possibility.

The second scenario is a continuation of today’s realities; of a persistent and heavy hand by which MBS, MBZ, and their Western allies attempt to hammer the region into its own mould despite the will of the people. This is not sustainable, given the sheer number of enemies they have created, most notably, enemies from within.

Now more than ever, Saudi political sovereignty appears to be a waning dream. The past few weeks have exposed the reality of discontent within the Saudi royal family, from Prince Ahmed bin Abdulaziz’s conversation with protesters and consequent distancing from the blunders of MBS, to the jailing of internationally well-respected Islamic scholar Salman Al Odah, who has now spent almost one year in jail. The possibility of the death sentence for Al Odah now looms large, an idea that sets off a fire in the hearts of millions.

The precarious future of the Saudi state now lies in the hands of those within the royal family who care for the continued existence of a Saudi Arabia, rather than just an Arabia. Abderrahmane Amor is a former staffer of the Bernie Sanders for President campaign and current Ph.D. student at the Department of Political Science at Texas Tech University. 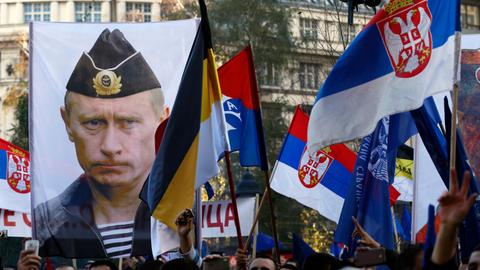 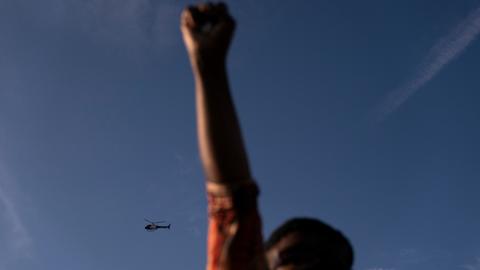