1
A growing alliance of Islamophobes looks to lobby governments
2
Caught in cyclical violence: Why Afghanistan's present mirrors its past
3
Channel deaths reflect the moral rot of Britain and France
4
Venezuela elections: A path for reincorporation into the global community?
5
By abolishing the Grand Mufti, Assad looks to forge a ‘loyal Sunnism’

For centuries, ‘human zoos’ were used as a global display of Western cultural and economic superiority. While these living exhibitions don’t exist today, the mechanisms that led to the dehumanisation of Black and Brown bodies continue.

“An African Exhibition at the Crystal Palace,” the Times announced in 1895, predicting that the event would be “certain to prove very attractive to the public at large” and “of great practical interest for all who are concerned in the development of colonization and trade in the dark continent.” Spectators arriving at London’s glistening Crystal Palace would be greeted not with ‘African’ artefacts, but Africans themselves, ‘exhibited’ alongside huts and wild animals.

Sixty-five men, women and children from a village in Somaliland performed a rehearsed routine, involving a choreographed fight with spears and wild animals as audiences eagerly watched on.

The women, we are told, are “not very attractive”, while the men have “...a habit of combing their hair all their leisure time, and some of them rub into it a yellow paste made of clay and lime, while they evidently take great pride in their teeth, which they are constantly rubbing with a small bit of wood.”

Living exhibitions, or human zoos, were commonplace in the major cities of 19th-century Europe and North America, taking place against a backdrop of international trade, colonialism and missionary activity. They were held in exhibition centres, theatres, parks and zoos.

This was not a new phenomenon; the use of living ‘exotic’ peoples — i.e. not white — for exhibition, has been documented from the 15th century onwards.

As advances in technology allowed European powers to embark on ‘voyages of discovery’ to the far corners of the globe, ‘natives’ were often brought home to be paraded as ‘trophies’ acquired on the expedition. Explorers Columbus and Vespucci both captured natives on their respective voyages to the New World, taking them back to Spain in the 15th century. Some were later exhibited at fairs.

Over the following centuries, there are documented instances of these people being used at fairs for entertainment, advertised as ‘freak shows’ or ‘human curiosities.’

Living exhibitions reached their zenith with the World Fairs of the 19th century, where the world’s powers came together to display their most innovative technologies and the riches of their colonial empires.

Colonial natives, recruited by contract for the express purpose, were exhibited in costume with props and painted backdrops that signalled their cultural backgrounds and ‘natural settings.’ Aside from their ‘entertainment value’, these exhibitions were, in essence, part of a global display of Western cultural and economic superiority.

‘Native Villages,’ as they came to be known, were recreated in major cities including Paris, Hamberg, Milan, New York and Chicago. The first took place at the Paris World Fair of 1878, with purpose-built pavilions to house the ‘villages’. 400 natives were put on display from the French colonies of Indochina, Senegal and Tahiti.

These exhibitions, or human zoos, held an appeal for spectators primarily based on difference, both in the appearance and customs of those on display. Impressions were often based on preconceived notions that viewed indigenous peoples as savages, and in need of civilising.

A brochure from London’s 1909 Imperial International Exhibition refers to the indigenous Dahomy participants of one exhibition as “bloodthirsty potentates,” and praised the French colonists for their intervention in “the blackest spot in West Africa,” which has ensured “the days of savagery are passing away.”

Exhibited in life and death

The public ‘othering’ of human beings that lay at the heart of the events was inextricably linked to Western imperialism and colonialism, and notions of Western or European cultural superiority. This was enabled, in part, by the pseudo-science and racial theories of the time that saw non-white people as less civilised and evolved than their white counterparts.

Those exhibited in life, often found themselves exhibited in death too. Saartje Baartman (c.1775-1815), was a South African Khoikhoi woman exhibited at freak shows in Britain under the name Hottentot Venus, due to her unusually enlarged buttocks. She was later exhibited in France, after having been sold to an animal trainer, and by now, she was effectively enslaved.

As Rachel Holmes states in her biography of Baartman, “French audiences both feared and adored Saartjie for her difference. It was an idolatrous kind of love, infused with unapologetic, intensely eroticised exoticism.”

Baartman’s body, long objectified, also received interest from French scientists. When she died in 1815 from an undetermined illness, a cast was made of her body before it was dissected, and her genitalia preserved in jars. Her remains were used as ‘proof’ supporting theories of racial evolution and compared to apes. Baartman’s body cast and skeleton were displayed in museums until the 1970s.

For decades there were calls from Khoisan communities for the return of Baartman’s remains to her native South Africa, and President Nelson Mandala made a formal request to France in 1994. She returned home in 2002, two centuries after she had left, and was finally laid to rest.

There are countless other examples of captured natives and colonised people whose bodies were used ‘for science.’ Indigenous communities around the world have been campaigning for decades for the return of ancestral remains so that they can be afforded burials in accordance with their customs, and thankfully, some progress has been made.

Attitudes have changed since the days of living exhibitions, the last of which was held in Belgium in 1958. Most people would now be repulsed at the idea of exhibiting human beings on the basis of racial difference or dissecting their remains for display without their express consent.

While this may be true, notions of Western superiority have endured, as can be evidenced by the stubborn refusal of institutions such as the British Museum to heed calls for the repatriation of looted artefacts and some human remains.

Though Saartje Baartman and others like her are long gone, the mechanisms that led to their dehumanisation are still alive and well today.

If institutions with colonial pasts are serious about decolonisation and repairing some of the harm caused by centuries of colonialism, racism and the exploitation of Black and brown bodies, there is still a long road ahead.

Zara Choudhary is the founder and Editor-in-Chief of the publication Sacred Footsteps. She is also a podcast host and writer on topics related to Islamic art, history and travel. 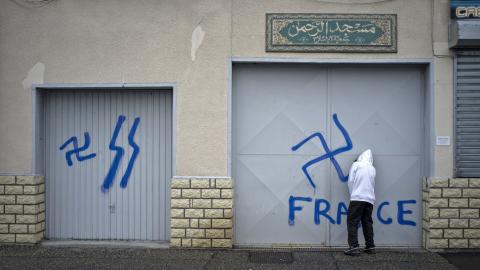 1
A growing alliance of Islamophobes looks to lobby governments
2
Caught in cyclical violence: Why Afghanistan's present mirrors its past
3
Channel deaths reflect the moral rot of Britain and France
4
Venezuela elections: A path for reincorporation into the global community?
5
By abolishing the Grand Mufti, Assad looks to forge a ‘loyal Sunnism’