1
Only genuine diplomacy can resolve the East Med dispute
2
No more pillow talk, the UAE and Israel are now formally an item
3
What does a temple tell us about Pakistan’s vision of nationhood?
4
Jinnah was right. But Pakistan has a long way to go
5
Do the Gulf monarchies want Trump or Biden?

The Jamal Khashoggi case has rightly generated international backlash against Saudi Arabia - the type of reaction that the deaths and starvation in Yemen were, unfortunately, unable to muster.

Day after day, increasingly gruesome details about the alleged murder of Jamal Khashoggi are being leaked to the press.

According to recent reports quoting Turkish officials, the journalist was tortured and cut into pieces with a bone saw while still alive, before a 15-man hit squad took his body away in a black car.

While the public is still shocked about these events and many might ask themselves how such a crime could happen, it should be noted that Khasoggi's presumed murder—as cruel and shocking as it is—is just one peak of many.

Considering what the Saudi government has done over the last few years, the level of cruelty and barbarism is nothing new, and happens on a daily basis elsewhere: Yemen.

It is the world's largest humanitarian crisis in terms of numbers, according to the United Nations.

The war in Yemen has been evoked by Saudi Arabia, especially by its new tyrannical face, Crown Prince Mohammad bin Salman, when he and his allies decided to invade the country in March of 2015.

Since then, thousands of civilians have been killed while nearly 23 million people—two-thirds of the population—rely on humanitarian aid to survive.

More than 8 million Yemenis are on the verge of famine - what the UN is saying could be 'the worst famine in 100 years'.

According to different observers, the Saudi-led coalition is responsible for the overwhelming majority of civilian deaths.

Hospitals and schools are routinely bombed. Just this August, at least 42 children were killed inside a school in the north of the country.

Save the Children says at least 349 civilians were killed from June to September solely in the city of Hodeidah. Like in many other regions of the country, many of the victims were children, the NGO describes the ongoing conflict as a "war on children."

'A single death is a tragedy, a million deaths is a statistic'

For that reason, it is not wrong to say that, symbolically, Khashoggi has been tortured and killed thousands of times in Yemen by the Saudi regime. And in the very same way, it appears that Saudi Arabia will face no consequences for its crimes.

Why should a despotic government fear any consequences for a single murder when it can get away with mass murder everyday?

The regime knows very well about its might and power, and how other players—especially the West—are dependent on it.

The rottenness of this very world becomes more than clear if we think about the United States, the mightiest empire on earth, which is not interested in reconsidering its relationship with the Saudi regime.

Instead, Trump and his fellows just want to continue selling American weapons to Riyadh, so that the carnage in Yemen, the poorest Arab country, can continue as usual.

For that reason, Trump's administration is even willing to accept the Saudi narrative of events that says that Khashoggi was killed "by mistake" while he was interrogated.

Truthfully, this is the worst kind of 'newspeak' that you can hear these days.

The United States shares much of the blame for bringing us to where we are today. Apart from the fact that the White House is the most significant backer and funder of the Saudi regime, it also helped shaped a narrative that has been adapted by many brutal regimes all over the world; the narrative of the so-called War on Terror.

For years, American drone strikes and other shadowy operations have taken place in Yemen. Today, it is well known that many innocent people have also been killed.

When Donald Trump took over the White House, he increased these attacks.

In fact, one of his first political acts was to authorise a secret operation that resulted in several civilians being killed, including eight-year-old Nawaar al Awlaki. Nawar was the daughter of radical Al Qaeda preacher Anwar al Awlaki, and sister of 16-year-old Abdul Rahman al-Awlaki.

While Nawaar was shot in the neck by an American soldier, both her brother and father were killed by drone in 2011, during the Obama administration. The case attracted international attention since both victims were American citizens.

However, again no one was held accountable.

“I think we have to find out what happened first. Here we go again with, you know, you’re guilty until proven innocent. I don’t like that. We just went through that with Justice Kavanaugh and he was innocent all the way as far as I’m concerned", Trump said regarding Khashoggi's case.

The question remains, why didn't these standards apply for the US government's very own victims in Yemen and elsewhere?

Apart from the White House, the behaviour of others is interesting too.

Authoritarian, mass murdering governments feel freer than ever while the masses are suffering. In this context, it should be mentioned that Saudi Arabia, Syria and Afghanistan share a common history regarding this fact.

Assad slaughtered hundreds of thousands of Syrians and seems likely to get away with it. Mohammad bin Salman does the very same thing in Yemen, and he gets away with it too. In the 1980s, something similar happened in Afghanistan when the Moscow-backed Communist regime in Kabul killed tens of thousands of its own people and used very similar methods and torture tactics like Khashoggi's murderers.

Until today, many Afghan families do not know what happened with their relatives who vanished in the regime's dungeons. Back then, Khashoggi used to report from the Afghan-Pakistani border area. He was embedded with Arab fighters and other members of the mujahideen resistance.

Khashoggi's case reveals that autocratic regimes could continue to go after individuals, like journalists or political activists, and after popular masses and innocent civilians at the same time, and that they can get away with it – not least with the help of those who allegedly support democracy and freedom.

No more pillow talk, the UAE and Israel are now formally an item 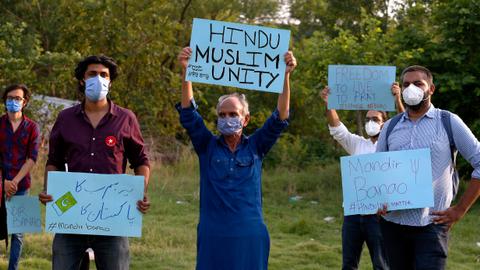 What does a temple tell us about Pakistan’s vision of nationhood? 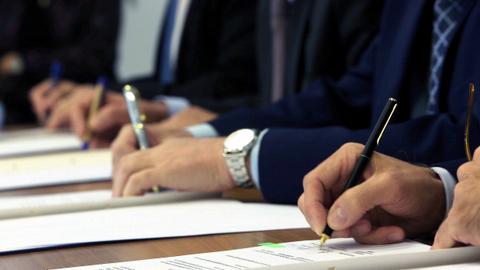 Only genuine diplomacy can resolve the East Med dispute

1
Only genuine diplomacy can resolve the East Med dispute
2
No more pillow talk, the UAE and Israel are now formally an item
3
What does a temple tell us about Pakistan’s vision of nationhood?
4
Jinnah was right. But Pakistan has a long way to go
5
Do the Gulf monarchies want Trump or Biden?