Nothing is certain in Tunisia's presidential election, only the second since the 'Arab Spring'.

Campaigning for the presidential election in Tunisia kicked off Monday with voting set to take place on September 15. Polling was initially scheduled for November but was pushed up following the death of late President Beji Caid Essebsi on July 25.

The official candidate list stands at 26 made up of established influential politicians including both the incumbent Prime Minister Youssef Chahed, Defence Minister Abdelkarim Zbidi, the interim parliamentary speaker Abdelfettah Mourou and others like former president Moncef Marzouki and former prime ministers Hamadi Jebali and Mehdi Jomaa.

Alongside them, there are other prominent figures like the media magnate and businessman Nabil Karoui who remains in the race despite his arrest for money laundering and tax evasion.

While this is the second presidential election since the revolution in 2011, the atmosphere is significantly different than the first time around. The first presidential election in 2014 followed the political turmoil resulting from the assassinations of leading leftist politicians as well as the military coup in neighbouring Egypt.

At that time the country was racked with political protests which led to the leading Ennahda party stepping down and handing power to a technocratic caretaker government. Within this polarised environment, the presidential election took place mainly along ideological lines and the winner, Essebsi, garnered the support of a coalition of secularists to back his leadership in his bid to counter Ennahda (a 'Muslim democratic' party).

However, following the elections, and despite the crisis and polarisation between factions, the two leading parties Nidaa Tounes and Ennahda managed to come to a power-sharing agreement in 2016 under the Carthage Pact.

The compromise and consensus resulted in a coalition government, but it triggered intra-party debate and left both voter bases with a bad taste in the mouth. The short-lived pact dissolved last year and therefore, even though the conditions today are very different from four years ago, whoever will become the next president will once again face the crucial task of ensuring that the process of compromise and concessions continues smoothly to maintain stability.

In particular, the secularist bloc seems to be divided. While Nidaa Tounes did not push forward a candidate and supports Defence Minister Abdelkarim Zbidi who runs as an independent, Tahya Tounes—a splinter party from Nidaa Tounes—nominated the incumbent premier Chahed. Along with other competitors in the mix, this lack of unity to back a single candidate decreases the chances of a single candidate winning.

Apart from the conventional candidates in this race, a populist media mogul and businessman Karoui is seen as one of the frontrunners in the polls. Garnering support from rural constituencies because of his foundation's work to reduce poverty, Karoui’s candidacy has been at the centre of discussions. In this regard, in June the parliament passed and amended an electoral law which barred any candidate who runs a charity ahead of the vote, but it was not signed by the late president allowing him to take place in the race. Now, the debate revolves around whether Karoui will be able to turn his arrest into an advantage by playing the victim card.

Another crucial development is that after an intense internal debate, Ennahda has put forward its own nominee. The party has avoided taking any steps that might reposition the party by compromising on its former positions or forming alliances across the political spectrum. Abdelfettah Mourou, the vice president of the party, is perceived as a strong contender who can appeal to a broad segment of Tunisian society beyond his party.

Moreover, even though the turnouts have significantly declined in each one of the three consecutive elections reflecting on voter frustration with the existing class of politicians and political parties, for the first time in the Arab world there has been a televised debate between the candidates which can influence the results of the election.

Despite the limited amount of time for campaigning due to the re-scheduling, this debate has allowed them to reach out to a broad audience and has also intensified the competition.

The wide field packed with contenders means it is highly unlikely that any of the competitors will secure a majority of the votes in the first round and surpass the 50 percent threshold to ensure victory.

In this case, a second round will be held in November between the two leading contenders who received the highest percentage of votes. This will undoubtedly be an even more competitive race compared to the first round, particularly as it is going to be held after the parliamentary elections, which are due on October 6. The results of the parliamentary election will surely have a direct impact on the outcome of the presidential election and may also give an indication as to which candidate is best placed to win. 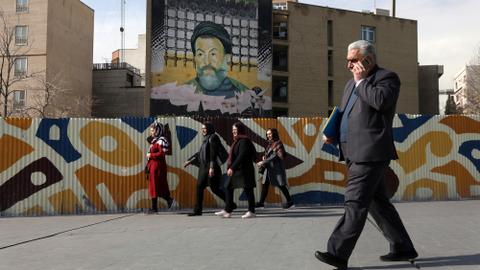 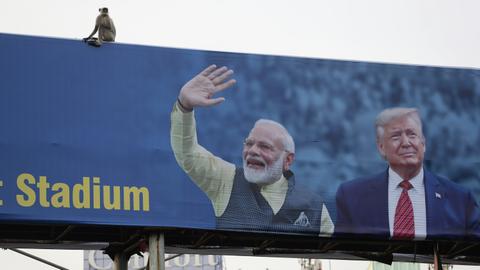