What is behind Saudi Arabia's doublespeak on Cyprus?

The kingdom has made attempts to exploit and complicate bilateral issues between Turkey and the Greek-Cypriot administered part of Cyprus for its own foreign policy gains.

On September 13, Saudi Foreign Minister Ibrahim bin Abdulaziz al Assaf referred to the Greek-Cypriot Administration of Southern Cyprus as an ‘ally’, professed support for the “legitimacy and sovereignty of ‘Cyprus’” alongside ‘relevant’ United Nations resolutions, and then expressed hope that the parties to the dispute would go on to resolve the matter in a peaceful manner.

Some unbridled Greek-Cypriot pundits salivated at their supposed new-found victory against Turkey, whilst the worst of Saudi internet trolls cheered their kingdom’s successful revenge upon the country.

At a diplomatic level, it is certainly difficult to separate both the timing and content of al Assaf’s comments from the spectre of latent tensions between Turkey and Saudi Arabia, the ongoing and seemingly intractable Cyprus Problem, and the tit-for-tat moves to explore and exploit natural gas resources offshore Cyprus.

TRT World has previously documented the rise of Saudi Arabia’s bellicose attitude, as epitomised in recent times by a litany of regional aggressions: vehement opposition to the Arab Spring challenges against authoritarian dictatorships and theocracies in the region, the brutal butchering of the Saudi dissident and Washington Post journalist Jamal Khashoggi, the vicious quagmire of its war in Yemen, the Qatar blockade, heightened tensions with Iran and associated sectarian tensions across the entire Middle East, as well as a resurgent Arab nationalist fervour; all presided over by a seemingly power-hungry and unrestrained Crown Prince Mohammed bin Salman.

The de-facto ruler has previously pushed the wild and phantasmatic tropes that Turkey is part of a regional ‘axis of evil’ that seeks to reinstate the Ottoman Caliphate, and offers blanket support for the Muslim Brotherhood (amongst other religious groups).

The idea of solving disputes in a constructive or peaceful manner has not exactly been a contemporary Saudi foreign policy.

Presumably, Greek-Cypriot foreign policy prefers to look beyond such inconvenient facts. Instead, it holds dear the political pressure that can be extracted upon Turkey in the short term. This approach is unconducive to a fair, equitable, and compromise-based solution to the Cyprus problem, one that otherwise may alienate further a Turkey, which will in the future remain a neighbouring country to a future federal establishment in Cyprus, and also the Turkish-Cypriots who will be the future federal and politically-equal partners of the Greek-Cypriot community on the island.

Indeed, alongside the Saudi minister’s comments, what also came as unsurprising to Turkish observers was the continued Greek-Cypriot efforts to court any and all who may profess support for the Greek-Cypriot government, to place as many international actors as possible on a collision course with Turkey, and to have voiced international opposition against the latter’s recent offshore natural gas exploration activities in the Eastern Mediterranean Sea as well as its most recent maritime delimitation agreement with the U.N-recognised government in Libya.

There are in fact a manifold of issues stemming from the unsettled political division on the island of Cyprus; a decades-long political situation that has been a persistent geopolitical thorn in the region.

But what makes the issue worse is the insistence to weigh in on the Cyprus Problem in an ahistorical and insensitive manner as leverage against Turkey. This prompts a defensive response in the latter. The problem, however, is not new. It has been going on ever since the bilateral maritime agreements that kicked off in 2003 between Egypt and the Greek-Cypriot administration, the latter’s agreement with Israel in 2010, and various other irredentist proposals that provide full maritime boundary projections, destabilising the strategic balance in the Eastern Mediterranan where Turkey has an economic stake. There has been a flurry of bilateral agreements that in reality concern more than two states and that ideally requires closer cooperation by all actors in the region.

Rather than engage, cooperate, and compromise for a sustainable and equitable resolution, many a littoral state in the Eastern Mediterranean Sea that may bear a contemporary or historical grudge against Turkey, seeks to ostracise and extract concessions from the country in a short-sighted pressure campaign. In effect, the sharks in the Eastern Mediterranean have sensed blood. This is clearly an unproductive state of affairs at a time when the Turkish-Cypriot and Greek-Cypriot leaders recently met in Berlin to try and kick-start the settlement talks.

For its part, Turkey has sought to defend the interests of both the Turkish Cypriots and its own continental shelf claims in the region against unilateral moves by Greek-Cypriots and has acted in response to what it sees as the weaponisation of the resource to impose a one-way settlement on the island. In response to the progressively more sophisticated series of like-for-like moves between Turkey and the Greek-Cypriots, the latter has successfully induced albeit modest sanctions by the European Council upon Turkey earlier this year after Turkey commenced its own drilling operations east and west of the island. It seems the Greek-Cypriots have also acquired a taste for inducing sanctions against Turkey, sanctions being somewhat of a hallmark of Trumpian era international diplomacy.

The Republic of Cyprus is the UN-recognised government on the island. But this is where the Cyprus Problem starts. Since 1963, the Greek-Cypriots have held a monopoly of power as the unilateral administrators of this recognised government on the island. Crucially, UN Security Council Resolution 186 refereed explicitly to the 'Government of Cyprus’ that did not then and continues to not, encompass the Turkish-Cypriot community and their political agency as a whole, despite recent token gestures to the contrary. It is on this fateful reference that international recognition of the Greek-Cypriot dominated administration of the RoC as the legal government is based to this day. This recognition is highly problematic in Turkish and Turkish-Cypriot eyes, and has heavily informed resulting issues of sovereignty and power-sharing between the two communities, and has also negatively affected the course of the settlement talks to reunite the island.

It is not expected that international recognition of the Republic of Cyprus as the sole internationally recognised government on the island will be overturned. In fact, a reunited, bi-zonal, bi-communal, federal solution is expected to produce a political entity with a single international, exoteric personality, comprised of two constituent states. However, blank support for the Greek-Cypriots touches political nerves for multiple reasons: it caricatures Turkey as the sole antagonist of Cyprus Problem, abrogates all Greek-Cypriot responsibility for the conflict, nullifies Turkish-Cypriot agency and reduces them to an impotent minority. It also indirectly supports the Greek-Cypriot view of how peace should be established, rather than the process being Cypriot owned and led. This is exactly how the Saudi intervention has been received.

On the more abstract level, it is further unsurprising that talk of natural gas has become saturated with geopolitical calculations. Greek-Cypriot political rhetoric has sought to capitalise upon the resources as a tool of its foreign policy with the Cyprus Problem at its heart and centre. The future of the island’s natural gas has given way a series of grandiose visions of Cyprus as a regional ‘energy hub’ (though the exact type of hub remains unclear), as a pivotal factor for ‘European energy security’ (ostensibly entailing pathways of economic dependence), and simply opportunity for other littoral states in the region such as Egypt and Israel to band together to spite their common vocal critic in Turkey. Energy security in this sense is conceived as the ability to establish a form of geopolitical influence, rather than only secure affordable and reliable supplies of energy.

There has been a great deal of excitement about the implications of the so-called ‘global natural gas revolution’. The natural gas trade has of late been hallmarked by increased mercantilism, deregulation, open markets, interconnectedness, and flexibility of supply. Yet, the alluring ideal of free and unfettered global trade may become ever more subject to geopolitical friction, with parallels to the current backlash against economic globalisation in the era of Trump. UN Secretary-General Antonio Guterres has recently advocated that multilateralism is more vital than ever in this era of greater “anxiety, uncertainty and unpredictability across the world”, where “trust is on the decline, within and among nations”. Yet, as Sarah Ladislaw and Nikos Tsafos, both senior fellows in the Energy and National Security Program at the Center for Strategic and International Studies, noted elsewhere, it seems multilateral institutions encourage shared approaches to energy security, whilst individual countries pursue more aggressive agendas.

Rather than compartmentalise their issues with Turkey, the Greek-Cypriots, Greece, Egypt, and Israel in effect have grouped together to establish faits accomplis between themselves and have then dangled cooperation and inclusion in front of Turkish eyes in exchange for concessions elsewhere. It would be a healthy form of much-needed empathy if these said states could take the outroar they have created after the Libya-Turkey agreement, and use it to comprehend how Turkey may feel in response to their own actions.

Ultimately, the appeal to external incentives and the roping in of external actors to the Cyprus dispute to swing a solution one way or the other is exactly how it sounds; the groundwork for an unsustainable peace cast in the image of the Greek-Cypriot community only. This is irresponsible, crude, and unwise. Turkey and the Turkish-Cypriots are to be understood and not to be feared. There is a better future ahead if parties to the dispute talk to each other rather than past each other, and display the necessary leadership to make the joint compromises needed to reduce tensions, and finally open the door to peace. 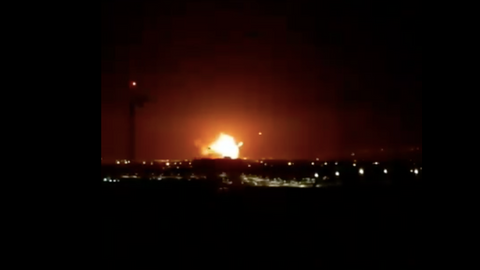 The Caesar Act and the United Arab Emirates 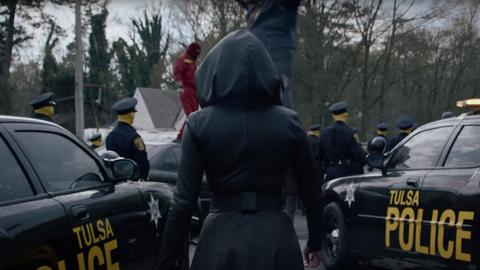 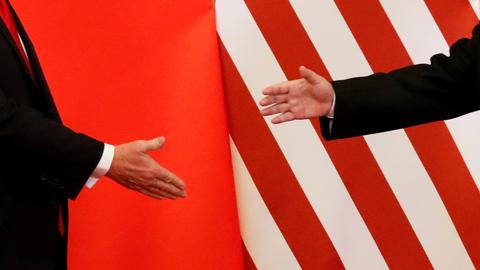 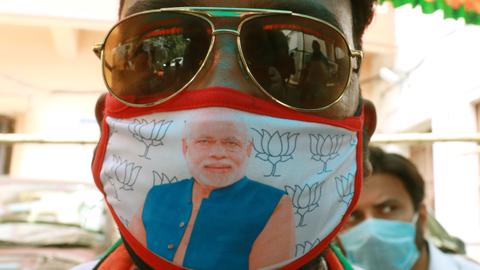 Have we reached peak Modi?