Steve Smith, David Warner and Cameron Bancroft were involved in a ball tampering plot in the third test against South Africa on Saturday.

Australia cricket captain Steve Smith, vice-captain David Warner and batsman Cameron Bancroft have all been sent home from the tour of South Africa for their role in a cheating plot and face "significant sanctions" in the next 24 hours, Australian cricket chief James Sutherland announced on Tuesday.

Smith, the golden boy of Australian cricket, faces being stripped of the captaincy for good for his part in a plot to tamper with the ball in a test match against South Africa.

Warner, whose role in the scandal was officially confirmed for the first time by Sutherland, is also likely to be permanently fired as vice-captain.

All three players could be facing lengthy bans judging by the reaction of their boss, who was somber-faced and acknowledged being angry over the scandal as he made his announcement at a press conference in Johannesburg.

"I am angry and disappointed," Sutherland said, his voice trembling at times. "This is not a good day for Australian cricket."

Those three were the only players involved in the ball tampering plot in the third test against South Africa on Saturday, Sutherland insisted, after receiving parts of a report from CA's integrity officer Iain Roy.

Sutherland said that internal investigation, which also included two International Cricket Council integrity officers, had not been completed, but will be in the next 24 hours and the three players can expect serious punishments after that. Long-term bans are possible for all three.

Coach Darren Lehmann was not involved in the tampering plot, Sutherland said, clearing him to continue as coach of Australia.

Tim Paine will take over as captain of the team for the fourth test in South Africa starting on Friday, while Smith, Warner and Bancroft would be on a flight home in the next 24 hours, where they will face a nation outraged by their actions.

Bancroft was the man tasked with tampering with the ball with a piece of yellow adhesive tape and some dirt gathered from the pitch during the third day of the third test against South Africa in Cape Town. Bancroft bungled it, however, and was caught on TV cameras doing the tampering and then trying to hide the piece of tape down the front of his trousers.

Smith and Bancroft confessed to their roles in the plot, but Warner was not named formally as also being part of the cheating until Tuesday. 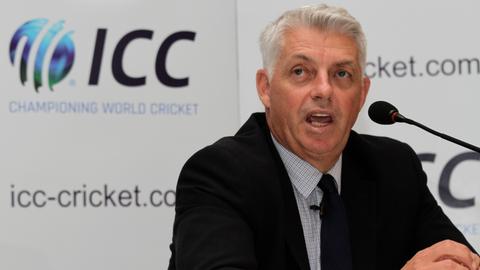 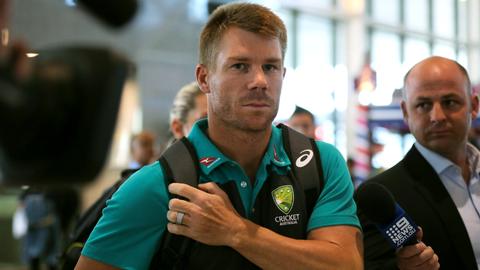