New Zealand-born Liz Patu is the first player to be suspended in the history of the women's Super W competition since it was founded last year.

Liz Patu, the captain of the Australia women's rugby team, has been banned for six weeks after admitting to biting an opponent on the arm during a domestic match on Saturday.

New Zealand-born Patu faced a 12-week suspension for biting Australia teammate Rebecca Clough during a Super W match between Queensland and Rugby WA. Clough alerted the referee to the incident in the 70th minute, pointing to a bite mark on her arm.

She is the first player to be suspended in the history of the women's Super W competition since it was founded last year.

Patu later apologised for her action.

"I'd like to express my remorse for my actions in Saturday's match," she said. "I apologize to Rebecca Clough, the Rugby WA Women's team, my own teammates and the wider rugby public."

Patu has 48 hours to appeal her suspension but said she would accept her punishment.

"My actions the other night were unacceptable and will not be repeated," she said. 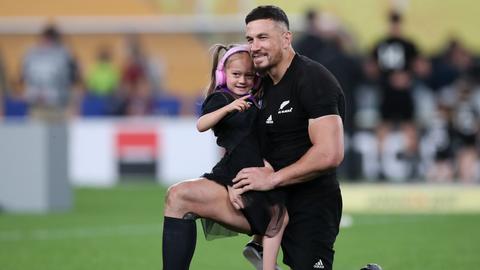