Wrestlers from all over Turkey, from different weight classes, come together in Edirne's historical arena for the Kirkpinar oil wrestling competition.

Turkey's northwestern Edirne province has once again become the battleground for an ancient sporting event where wrestlers compete to win a golden belt and top honours in a centuries-old tradition.

The Kirkpinar oil wrestling festival taking place on Friday is one of the world's oldest sports events. It has been held annually in the province since 1362, with wrestlers engaging in a physical and mental struggle without the use of any equipment — other than olive oil and leather pants.

The title of "Baspehlivan" or wrestler-in-chief wins the right to wear the prestigious golden belt for a year.

To Turkish people, wrestling has become such an indispensable part of the country's culture that it is often referred to as an “ancestor sport.”

Throughout history, Turks — particularly soldiers — have used wrestling for training purposes, as a show of bravery, or even as a way of winning the hearts of their lovers.

"Oil wrestling unites people across our country, and I'm proud of being part of this ancient tournament that has been going on for centuries. It reflects our culture," Ali Gokcen, an experienced wrestler, said.

Forty-year-old Gokcen, with 25 years of experience in Kirkpinar wrestling, said local traditions were the main dynamics creating a national identity, and the Kirkpinar festival, in this context, played a huge role in shaping Turkish culture.

"Wrestlers from various provinces come to the city of Edirne to mark this festival and our culture. We start with prayers, read our national anthem, remember famous wrestlers and respect our cultural heritage with the young generation of wrestlers hanging around," he said.

"Sweating on the grounds where the legendary wrestlers appeared for centuries is an experience that I cannot put into words," he said, adding he would continue to be part of the Kirkpinar festival his whole life.

Wrestling to a beat

Centuries ago, when communication tools were limited, Kirkpinar's organisers would send candles with red bases to other villages to invite people to the tournament.

Today, with the aim of preserving the tradition, authorities still send such candles to wrestlers.

Then comes pesrev, the ritual dance of wrestlers where they warm up, fire up the crowd and salute their opponents.

The announcer introduces wrestlers to the spectators in rhyme.

In addition, a team of zurna (flute) players and drummers also play a role in this ancient festival.

They not only perform on streets and invite people to the matches but also play their instruments to inform the wrestlers during the match, especially when the tempo declines and the crowd wants to see some real action.

The Kirkpinar Aga, or the patron of the festival, is responsible for kicking off the event.

Although the role of the patron has transformed over the years and has become more symbolic today, traditionally, these patrons are supposed to provide financial assistance to wrestlers and organise charity events in their hometowns to honour the festival.

It is almost impossible for wrestlers to grab each other when they are covered with oil, making this sport much more difficult and demanding in terms of energy, hence more fun for the spectators.

One popular belief in Edirne suggests that wrestling events are usually held under extreme sunlight and the olive oil would serve as a sunscreen and protect the sportsmen.

Ali Gures, a Turkish historian who studies wrestling, argues there is another reason to explain the oil’s use. He says there were many flies in the wrestling area when Kirkpinar was first launched and oil was simply used to keep them away.

With 2,380 wrestlers expected to take part this year, three tonnes of olive oil are expected to be used at the 658th Kirkpinar festival.

In Edirne province, one can see the Ottoman Empire’s influence over the city, which should not be surprising, given that it was once an Ottoman capital.

The Ottoman sultans supported and promoted oil wrestling events during their reign.

Koca Yusuf, known as the Terrible Turk in the US, was the chief wrestler of Sultan Abdulaziz and was sponsored by the Ottoman palace. Murat I, the Ottoman emperor who conquered Edirne province, opened one of the earliest wrestling lodges in the country.

Mehmet the Conqueror, Bayezid II, Suleyman the Magnificent, Mahmut II and Abdulaziz were among the emperors who supported the ancient Turkish tradition of oil wrestling or took part in wrestling themselves on different occasions.

Ertugrul Tanrikulu, the deputy mayor of Edirne province, said the local municipality and state authorities did their best to ensure the survival of the historic Kirkpinar oil wrestling festival as it is directly related to Turkish culture.

"We try to preserve this sports event in its original form," he said, adding the rituals have been the same for centuries and even the revisions were carried out in line with the traditional understanding of wrestling.

He added that the Kirkpinar oil wrestling festival was added to the list of UNESCO’s Intangible Cultural Heritage of Humanity and global recognition of this tradition would help it survive more centuries. 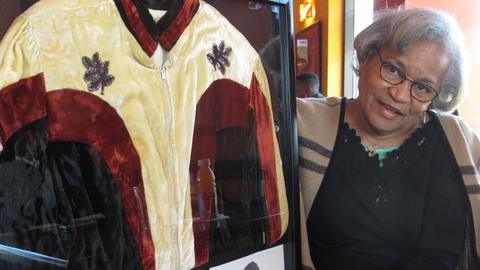