The victory gives England an unassailable 2-0 lead in the three-match test series being played in Sri Lanka.

Off-spinner Moeen Ali struck twice in three deliveries as England completed a 57-run victory in the second test against Sri Lanka on the final day on Sunday to take an unassailable 2-0 lead in the three-match series.

Left-arm spinner Jack Leach picked up the final wicket of the Sri Lanka innings to complete a maiden five-wicket haul in his third test with the hosts all out for 243.

Sri Lanka, who resumed the final day on 226-7 needing 75 for victory, kept the England spinners at bay for 15 minutes in the morning before Moeen dismissed Niroshan Dickwella, who was caught at slip by Ben Stokes for 35.

Malinda Pushpakumara spooned a catch straight back to Leach as England completed their first away series win in tests since they won in South Africa at the beginning of 2016. 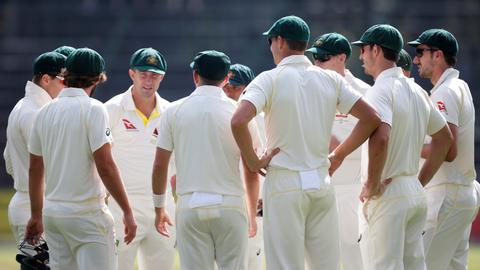