The 20-time Grand Slam singles winner will spend at least another night in immigration detention as he fights against the deportation move.

Top Tennis player Novak Djokovic has spent a day confined to a hotel room waiting for a court to deal with the confronting prospect of a possible deportation from Australia.

With his entry denied and his visa canceled by Australian Border Force officials who rejected his evidence to support a medical exemption for the country's strict Covid-19 vaccination rules, Djokovic had to trade the practice courts for the courts of law on Thursday.

The player will spend at least another night there, in immigration detention, as he fights against the deportation move.

His chance of playing in the Australian Open starting January 17 remains in limbo.

Federal Circuit Court Judge Anthony Kelly said there was a delay in receiving the application for a review of the visa decisions and the temporary ban on Djokovic’s deportation.

A lawyer for the government agreed the 34-year-old Djokovic should not be deported before Friday at the earliest, while the hearing was adjourned until Monday.

Djokovic’s trip was contentious well before he landed, with the conservative federal government and the left-leaning state government of Victoria seemingly having conflicting views over what constituted acceptable medical grounds for an exemption to Australia’s vaccination policy for foreign travelers.

Djokovic announced on social media on Tuesday that he had “exemption permission.”

He landed in Melbourne late Wednesday with a medical exemption from Victoria state that was expected to shield him from the regulations which require all players, fans and staff to be fully vaccinated to attend the Australian Open.

That would have been okay to enter the tournament, but apparently not the country.

Critics questioned what grounds Djokovic could have for the exemption, and backers argued that he has a right to privacy and freedom of choice.

Tension has grown amid another surge of Covid-19. The state recorded six deaths and 21,997 new cases on Thursday, the biggest daily jump in cases in Victoria since the pandemic began.

Australian Open tournament director Craig Tiley on Wednesday defended the “completely legitimate application and process” and insisted there was no special treatment for Djokovic. 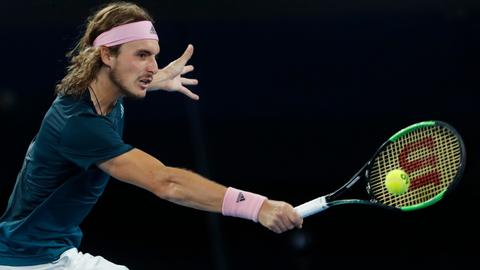