The groups for qualifying stages of the 2022 Qatar World Cup were drawn in a virtual ceremony at FIFA's headquarters in Zurich.

Europe's top sides all appear set for straightforward routes to the 2022 World Cup after being placed in comfortable groups in the draw made at FIFA headquarters in Zurich on Monday.

Spain, France, Italy, Germany, Belgium, the Netherlands, Portugal, Croatia and England all avoided each other thanks to the seeding system and, barring major upsets, should qualify comfortably for the tournament in Qatar.

Instead, the main excitement is likely to be the scramble among the middle-ranking teams to finish second in their groups and qualify for the play-offs.

Under a revised format, the 10 group winners qualify directly for Qatar while the runners-up go into a play-off system along with the best two teams from the Nations League, a separate competition.

Those 12 teams will be divided into three paths of four, with the winners of each also going to Qatar.

The group stage will be played between March and November next year with the play-offs in March 2022.

READ MORE: FIFA Club World Cup to be held in Qatar in February

World champions France were drawn in Group D alongside Ukraine, a side they recently beat 7-1 in a friendly, while Finland, Bosnia and Kazakhstan make up the rest of European Group D.

Old rivals England and Poland will face each other again as they were placed in Group I along with Hungary, Albania, Andorra and San Marino.

Spain must get past Sweden, who qualified for the 2018 World Cup at the expense of Italy, in Group B, although even if they finish second, they will still have another bite of the cherry in the play-offs. Greece, Georgia and Kosovo are the other teams in that group.

Even off-colour Germany should be able to get through Group J where their opponents are Romania, Iceland, North Macedonia, Armenia and Liechtenstein.

It is the seventh time England have been drawn with Poland in World Cup qualifying.

Their most recent encounters came in the campaign for the 2014 finals, with the sides drawing 1-1 in Warsaw before England triumphed 2-0 at Wembley.

Most famously, England missed out on a place at the 1974 World Cup after losing 2-0 in Poland and then being held 1-1 at Wembley.

"There's a great history of that fixture. There was a spell when we seemed to draw them every time," said Southgate.

Gareth Southgate's England, semi-finalists in 2018 in Russia, will also take on Hungary and Albania as well as two of international football's minnows, Andorra and San Marino.

The European qualifying competition begins in March, with 13 countries from the continent going through to the 32-team finals.

There will be three rounds of fixtures in March, three more in September and two each in October and November.

That will only increase pressure on a fixture calendar that is already packed, especially with the postponed Euro 2020 set to go ahead in June and July.

That means a team that reaches the final of Euro 2020 can expect to play 17 competitive games between March and November next year.

Only the winners of the 10 groups will qualify automatically for the finals, which are to take place in November and December of 2022.

The 10 runners-up will go into play-offs alongside the two best Nations League group winners who miss out on qualifying via the traditional path.

Those play-offs, in March 2022, will produce three more qualifiers in total.

Germany, whose coach Joachim Loew has been under severe pressure after poor recent results for the 2014 World Cup winners, will be expected to come through a group in which Romania and Iceland appear their main threats.

Reigning European champions Portugal's main opposition will come from Serbia and the Republic of Ireland in Group A. Cristiano Ronaldo will be 37 by the time the finals come around.

Spain notably drew Sweden and Greece in Group B, while Italy must take on Switzerland in Group C.

Belgium, the world's top-ranked team, will meet Wales. The sides met in the Euro 2016 quarter-finals with Wales coming out on top.

"We are not going to complain about the draw," said Belgium coach Roberto Martinez.

"It will also be an emotional reunion for me because it was in Wales, at Swansea, where I started my coaching career in 2007."

After qualifying for Euro 2020 to reach their first major tournament since the 1998 World Cup, Scotland were handed just about as kind a draw as possible on the road to 2022 as they were placed in Group F with Denmark and Austria.

"We have to be happy with the draw but very, very wary that it will be a dangerous draw as well," said Scotland manager Steve Clarke, whose side also face familiar foe Israel, the Faroe Islands and Moldova.

There will be four direct qualifiers from Asia to join hosts Qatar, four from South America, while Africa has five qualifiers.

Three teams will progress from the North, Central America and Caribbean zone, with the remaining two berths awarded to the winners of inter-continental play-offs in June 2022. 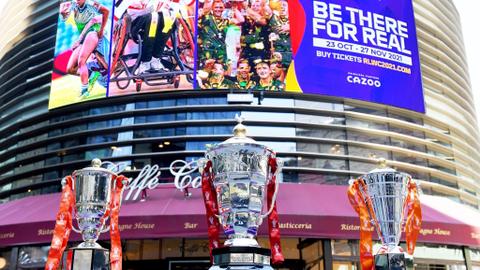 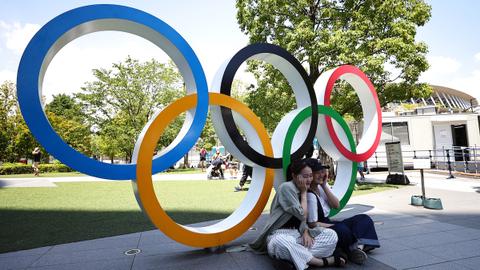 Tokyo Games ceremony director dismissed over past comments on Holocaust 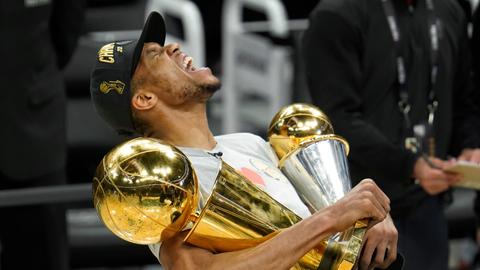 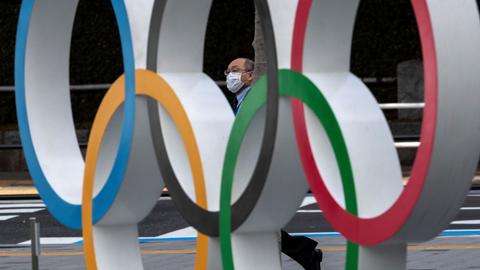