Clubs are still in crisis management mode and the full picture would not be known until annual accounts begin to be published within weeks, the president of Italian champion Juventus said.

Amid a cash crisis caused by the coronavirus pandemic, European football clubs have been told that UEFA is repaying $680 million to broadcasters because of the disruption to the Champions League and Europa League.

UEFA sales of broadcasting and sponsorship rights for its club competitions were set to earn $3.8 billion annually through the 2020-21 season.

“That is all money that is not going to be distributed,” European Club Association chairman Andrea Agnelli said in a speech to about 250 member clubs in an online assembly.

Until the pandemic forced competitions to be restructured and fewer games played in the knockout rounds, participating clubs were due to share $3 billion in prize money from UEFA.

“We are in the process of finalising the accounts with UEFA with a reduction of around 575 million euros for the international club competitions,” Agnelli said, referring to rebates for broadcasters.

It was unclear if all the returned money will come from clubs' share of revenues, or if UEFA would also lose expected income.

Agnelli, the president of Italian champion Juventus, said clubs were still in crisis management mode and the full picture would not be known until annual accounts begin to be published within weeks. He predicted some individual clubs would suffer bigger losses than an entire football confederation, such as European body UEFA.

The ECA previously predicted European clubs would see revenue drop by $4.7 billion in the next two years in fallout from the pandemic.

Playing without fans in almost empty stadiums was a problem that united all football clubs, Agnelli said.

“It is not just the atmosphere that the sport generates, it’s also the complete wipeout of a very important source of revenue for everybody,” he said.

Agnelli also predicted a drop in the price when commercial deals such as shirt sponsorship are renewed.

“We are not in the position to deliver some of the rights we promised,” he said. “I am quite sure we are going to see a rebate on this.”

The knock-on effect was a likely shrinking of the transfer market value by 20-30 percent, Agnelli said.

Agnelli spoke to the biannual ECA assembly weeks before the group is due to resume UEFA-led talks on reforming the Champions League and other club competitions from 2024.

Elite clubs like Juventus have wanted more revenue-generating games in the Champions League and a format that would make it harder for teams from mid-ranking nations to qualify. 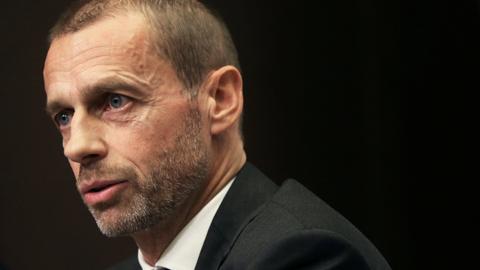