Iran's only female Olympic medallist Kimia Alizadeh is in the Netherlands where the taekwondo athlete is training for this year's Tokyo Olympics after permanently leaving her country, her new coach says.

Iran's only female Olympic medallist Kimia Alizadeh is in the Dutch city of Eindhoven where the taekwondo athlete is training for this year's Tokyo Olympics after permanently leaving her country, her new coach confirmed on Monday.

Alizadeh, 21, who announced her defection on Instagram over the weekend "has been training with us since December 18," Mimoun El Boujjoufi said.

"She arrived in the Netherlands on a visa accompanied by her husband," Boujjoufi, a taekwondo coach in the southern Dutch city, told AFP news agency.

Alizadeh won a bronze medal at the 2016 Rio Olympics, drawing praise from her compatriots including Iran's President Hassan Rouhani and even conservatives in the Islamic Republic.

In keeping with Iran's strict Muslim custom, Alizadeh, then 18, competed wearing a headscarf over her taekwondo uniform and protective gear.

But she announced her permanent departure from Iran citing the "hypocrisy" of a system that she claimed humiliated athletes while using them for political ends in a blistering online letter that also described herself as "one of the millions of oppressed women in Iran."

"Should I start with hello, goodbye, or condolences?" she wrote on Instagram as Iran was reeling from Wednesday's accidental downing of a Ukrainian airliner that killed all 176 people on board.

Criticising Iran's political system for "hypocrisy", "lying", "injustice" and "flattery", she said she wanted nothing more than "taekwondo, security, and a happy and healthy life."

Boujjoufi said it was Alizadeh who had approached him about joining the group.

"She is world-famous in taekwondo. It's a great motivation for the group. She feels good here," Boujjoufi said.

Not competing for Iran anymore

Alizadeh is not intending to compete for Iran at the Tokyo Olympics and is looking for another country to represent.

However, if Alizadeh wanted to represent the Netherlands "she would have to apply for asylum here, a long and complicated procedure," the coach said.

"She first wants to get her bearings before thinking about what to do next," Boujjoufi added.

For now, she was training every day at the Eindhoven Taekwondo Club and was shunning any media attention.

"She left everything and left her family in Iran. The situation is very difficult for her.

"But she is a professional," said Boujjoufi, praising her dedication to the sport.

"She is very driven," he said. 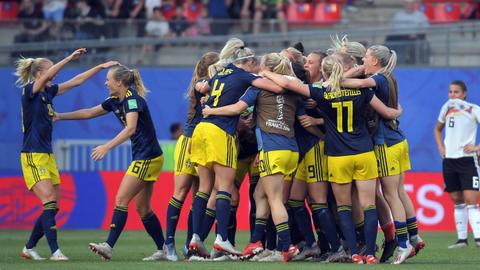