District Judge Gary Klausner dismissed the players' equal-pay claim in their lawsuit against the US Soccer Federation in May, allowing claims of gender discrimination to go ahead.

US women footballers will have to wait on their appeal against the dismissal of their equal-pay lawsuit after a Tuesday ruling by federal judge Gary Klausner.

US District Judge Klausner had dismissed the players' equal pay claim in their lawsuit against the US Soccer Federation in May.

Lawyers for the women had asked him to enter a final judgment on that decision, which would have allowed them to take the case to the US Court of Appeals in San Francisco.

But Klausner, who has scheduled a trial to begin September 15 on the players' remaining claim of discriminatory work conditions, ruled that no appeal should go ahead before then – and that trial should not be delayed pending an appeal of the pay claim.

"The court has declined the parties' request to stay trial pending the resolution of any appeal.

And should a jury render a verdict unfavourable to plaintiffs on their remaining claims, there is no reason to think plaintiffs will not appeal that decision."

Because not enough is happening, just got the alert in the #USWNT player vs. U.S. Soccer lawsuit that Judge R. Gary Klausner has denied the players' request for a 54(b) ruling. pic.twitter.com/RJShmcLN0o

Th US women, who clinched back-to-back World Cup wins with victory at last year's finals in France, had based their claim for back pay in the disparities between prize money distributed by FIFA at the men's and women's World Cups.

Klausner ruled in May that the women couldn't prove pay discrimination because they had previously turned down an offer in Collective Bargaining Agreement negotiations to be paid along the lines of the US men's team.

He allowed claims of gender discrimination, such as discrepancies in areas of travel, housing and medical support to go ahead.

"One way or another, we intend to appeal the court's decision which does not account for the central fact in this case that women players have been paid at lesser rates than men who do the same job," Molly Levinson, a spokeswoman for the players, said in a statement.

"(Tuesday's) ruling simply means that an appeal may take longer to file and is a reminder that we must not give up our efforts both on and off the field to fight injustice," Levinson said.

Tonight a federal judge denied the U.S. Soccer Women’s National Team the ability to immediately begin appealing his May decision to dismiss their pay discrimination claims.

Molly Levinson, a spokesperson for the @USWNT players, says ok we'll just fight this BS for longer then. pic.twitter.com/ee6aUtpyA5

Players sued in March 2018 under the Equal Pay Act and Title VII of the Civil Rights Act of 1964, and they asked for more than $66 million in damages.

READ MORE: American women seek more than $66M in damages from US Soccer 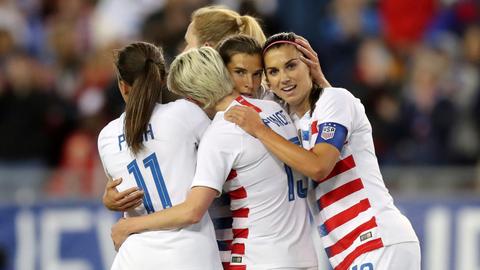 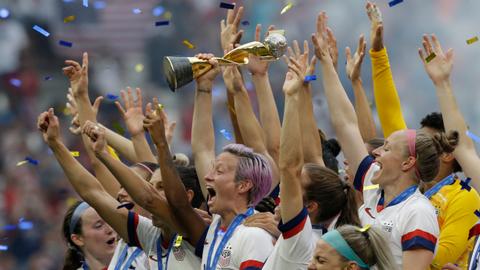 Man United ease to another win at struggling Villa