The federation was suspended in 2015 after a report commissioned by the World Anti-Doping Agency (WADA) found evidence of mass doping among the country's track and field athletes.

The executive committee of Russia's suspended athletics federation resigned on Monday and transferred its authority to a working group designed to lift the organisation out of a 4-1/2-year doping crisis, the federation said.

Russia's athletics federation was suspended in 2015 after a report commissioned by the World Anti-Doping Agency (WADA) found evidence of mass doping among the country's track and field athletes.

The federation was plunged into deeper crisis when its president and six other people were provisionally suspended last November for having provided false explanations and forged documents to justify three missed doping tests by high jumper Danil Lysenko.

The Russian federation's woes worsened last week when the Athletics Integrity Unit (AIU), the global body overseeing integrity in the sport, said the organisation had shown a "total lack of contrition" in its response to the Lysenko case and recommended that it be expelled from global athletics.

The federation said on Monday that its leadership was resigning and all responsibilities, including liaising with World Athletics, the AIU and other global organisations, was being transferred to a working group run by the Russian Olympic Committee.

"The crisis in Russian athletics has already lasted five years and it is clear to everyone that it has dragged on," the federation quoted Sports Minister Oleg Matytsin as saying.

"Our common goal is to promptly normalise cooperation with World Athletics in order to restore our membership."

World Athletics said last week that the federation could avoid expulsion if its officials admitted to their involvement in the scandal.

Russia is also in the process of appealing a four-year ban from competing under its flag at major international events as punishment for having provided WADA with doctored laboratory data. 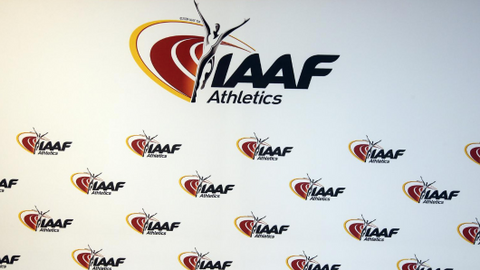