The 35-year-old Burak Yilmaz has spent most of his career in Turkey and is one of a select few to have played for Fenerbahce, Besiktas and Galatasaray.

The northern French club said that the 35-year-old has signed a two-year deal.

Yilmaz twice finished top scorer in the Super Lig with former club Galatasaray and has more than 200 goals at club level in Turkey, including 23 in 25 games with Trabzonspor in the 2017-18 season. He has netted 24 times in 59 appearances for the national side.

“LOSC [Lille] is proud to welcome Turkish international Burak Yılmaz (35) to its ranks today. The experienced and prolific striker, a Turkish football idol, has signed a two-season contract with the Lille club,” the Ligue 1 team said in a statement.

“#NewPlayerDetected,” the club posted on Twitter, along with a Turkish flag emoji.

Yilmaz has scored  230 goals in 440 matches throughout his career. Last season he scored 14 goals in 26 appearances for Besiktas.

In addition to Besiktas, Yilmaz previously played for many Turkish clubs such as Fenerbahce, Trabzonspor and Galatasaray.

He is the third Turkish player in the French team after Yusuf Yazici and Zeki Celik.

Lille sold the highly rated Osimhen to the Italian side on Friday in a deal reportedly worth around $94 million (80 million euros) with bonuses included. 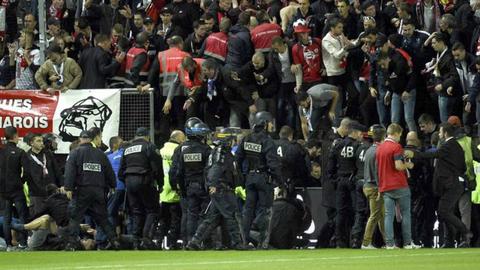