Neymar to go on trial in Barcelona ahead of World Cup

The Paris Saint-Germain forward is facing charges of business corruption and could face two years in jail and a $9.7 million fine if convicted.

A month before the World Cup begins in Qatar, Brazilian superstar Neymar is set to go on trial in Spain over alleged irregularities in his transfer to Barcelona nearly a decade ago.

The trial opens in Barcelona on Monday following a years-long legal saga over his 2013 transfer from the Brazilian club Santos, with the 30-year-old star in the dock as well as his parents, whose company manages his affairs.

A total of nine defendants are on trial on corruption-related charges, among them two former Barca presidents, Sandro Rosell and Josep Maria Bartomeu, and ex-Santos boss Odilio Rodrigues Filho.

If convicted, the Paris Saint-Germain forward could face two years in jail and a $9.7 million (10-million-euro) fine.

The trial is to run until October 31, barely three weeks before the World Cup begins on November 20, with Neymar due to lead Brazil into their Group G opener against Serbia four days later.

How much is Neymar earning with his move to PSG? The numbers are mind-boggling and worth a lot of pasta! https://t.co/chbOmVBaNt pic.twitter.com/YHNbIP5Eyw

Investigators began probing the transaction after a 2015 complaint filed by DIS, a Brazilian company that owned 40 percent of the player's sporting rights when he was at Santos.

The club said it paid 40 million euros to N&N, a company owned by the Neymar family, and 17.1 million to Santos, of which 6.8 million was given to DIS.

But DIS alleges that Neymar, Barcelona and the Brazilian club colluded to mask the true cost of the deal.

Neymar is expected in court when the trial opens, although his presence has not been officially confirmed, and will testify on either October 21 or October 28.

On day two, Real Madrid president Florentino Perez will take the stand to explain how a 2011 secret pre-contract deal between Barca and Neymar influenced the market.

Alongside the prosecution's case, DIS – a sports investment firm owned by Brazilian supermarket chain Sonda – has filed its own suit, alleging collusion to defraud it out of its real share of the deal.

"Neymar Junior, with the complicity of his parents and FC Barcelona and its directors at the time, and Santos FC at a later stage, defrauded DIS of its legitimate financial interests," said its lawyer Paulo Nasser on Thursday.

It also claims financial harm from the pre-contract agreement between Neymar and Barca which impeded other clubs from making offers for the player, affecting the value of the transfer fee. It is seeking to recover 35 million euros. 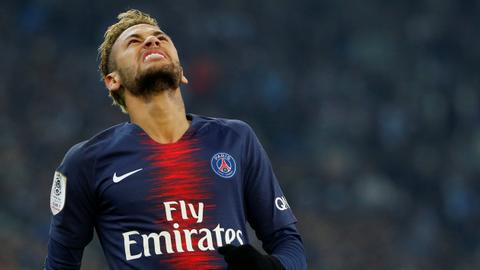