The match started as a cagey affair until it reached 3-3 in the opening set before Halep’s game unraveled as she coughed up a litany of errors, paving the way for Osaka to reel off the next nine games without much resistance.

Japan’s Naomi Osaka made short work of a subdued world number one Simona Halep on Friday, the unseeded 20-year-old racing to a 6-3 6-0 semi-final victory to set up a surprise BNP Paribas Open final against Daria Kasatkina.

The Russian, also 20, continued her sparkling run of form earlier in the evening when she outlasted American veteran Venus Williams in a three-set slugfest lasting almost three hours.

Osaka’s defeat of the top-seeded Halep stood out as the bigger of the two upsets, which played out under the lights on a chilly night in the California desert city of Indian Wells.

The Romanian had won all three of her previous meetings with the emerging Japanese player and looked poised to make a run to reclaim the title she won in 2015, but instead put in a puzzling performance full of uncharacteristic errors and little fight.

The match started as a cagey affair until it reached 3-3 in the opening set before Halep’s game unraveled as she coughed up a litany of errors, paving the way for Osaka to reel off the next nine games without much resistance.

“It wasn’t easy,” Osaka said in a courtside interview. “I was really stressed out the entire time but I am really happy I could end it fast.”

Halep offered few excuses for her baffling display but felt that the long wait to get on court had not helped her cause.

“I just didn’t feel the ball at all. I was out of the game today. I played okay until 4-3 but then I just went out. I don’t know why. I just lost my concentration,” she said.

“She was better. She was more prepared and she was ready to play and ready to win the match. I was not.” 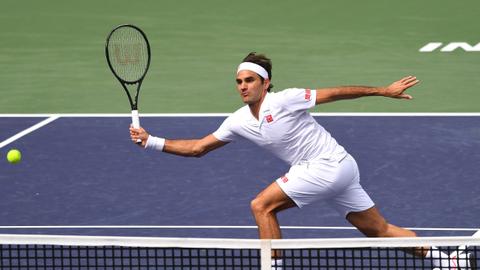