In the event organised by the World Ethnosport Confederation and held on March 5-6 in Baku, 140 participants from 45 countries deliberated a road map for traditional sports.

Discussions on the future of traditional sports and their revival have taken place at the 5th Ethnosport Forum in Azerbaijan's capital Baku.

In the two-day event organised by the World Ethnosport Confederation (WEC) and held on March 5-6, 140 participants from 45 countries deliberated a road map for traditional sports.

”Humanity needs the principles of peace, solidarity, respect and tradition, which the World Ethnosport Confederation has and built on its fields of activity, more and more with each passing day,” WEC President Necmeddin Bilal Erdogan told participants in an inaugural speech.

The sports ministers of Türkiye, Azerbaijan, Gambia, Niger and Mexico, among others, took part in the forum that had "Reviving Traditional Sports" as its theme.

After the inaugural speeches on the first day, a high-level ministerial panel held a discussion on the present and the future of traditional sports. It was moderated by WEC President Erdogan.

Also, separate discussions by experts in the field took place as part of the broader forum.

On the second day, there was a panel discussion on communications and media strategies vis-à-vis traditional sports.

Simultaneously, the 4th Traditional Sports Awards — also organised by the WEC annually to honour individuals and institutions contributing towards traditional games — was held in Baku.

The Leadership Award was conferred on Azerbaijan President Ilham Aliyev. The International Sponsor Award went to Ziraat Bank and Communication Award to TRT SPOR Yildiz. Altogether, there were seven categories.

WEC President Erdogan thanked the participants who came together to support the revival of traditional sports. He also thanked Azerbaijan President Aliyev and Sports Minister Ferid Gayibov for their hospitality. 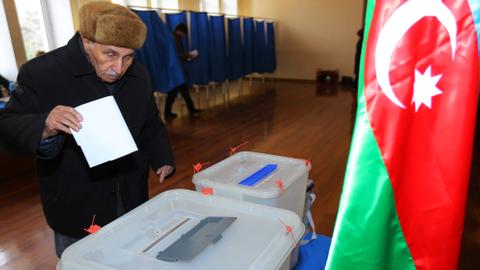