CR7 is the undisputed holder of several records, the leading scorer for Real Madrid and his country, and above Lionel Messi in the Champions League goalscoring charts.

Cristiano Ronaldo has been hailed as the most prolific professional goalscorer in the history of football after notching his 760th senior goal to help Juventus beat Napoli 2-0 in the Italian Supercup.

The title of greatest goalscorer is much contested, and global governing body FIFA does not keep an official record, but several media outlets reported that Ronaldo's strike had taken him past Austro-Czech Josef Bican to the top of the list.

Bican, as well as Brazilian strikers Pele and Romario, scored in excess of 1,000 goals during their careers but those statistics include strikes in amateur, unofficial and friendly matches.

The 35-year-old Ronaldo, who is the leading goalscorer for his country with 102 goals, previously played for Sporting Lisbon (five goals), Manchester United (118) and Real Madrid (450). He has scored 85 goals for Juventus.

"The incredible @Cristiano has scored his 760th career goal tonight, overtaking Josef Bican as the highest goal scorer in the history of football. What an achievement," former England striker Gary Lineker posted on Twitter.

The incredible @Cristiano has scored his 760th career goal tonight, overtaking Josef Bican as the highest goal scorer in the history of football. What an achievement. 👏🏻👏🏻

With five goals for Sporting Lisbon, 118 for Manchester United, 450 for Real Madrid, 85 for Juventus and 102 for Portugal, there is little debate over Ronaldo's own tally.

But uncertainty arises from the totals of his rivals from previous eras, with the likes of Brazilian duo Pele and Romario both claiming to have netted more than 1,000 goals.

Last month Barcelona's Messi surpassed Pele's recognised total of 643 goals for a single club, but Santos swiftly countered saying the three-time World Cup winner racked up 1,091 goals for them including those in friendlies.

However, if just official matches are the measuring stick, the Brazilian is apparently still behind Josef Bican, who football historians calculated scored 805 goals between 1931 and 1955 playing for half a dozen clubs as well as Austria and Czechoslovakia.

"'Pepi', as he was known, is credited with scoring 805 goals in 530 games, giving him a career average of 1.52 goals per game," FIFA.com said in an article devoted to him last year.

Included in that number though are 27 goals for Rapid Vienna's reserve and amateur sides, in addition to some that were scored outside of official international matches.

What is certain is that even if Ronaldo did not break the all-time record, the mark appears well within reach for a player who continues to score at a remarkable rate as he approaches his 36th birthday. 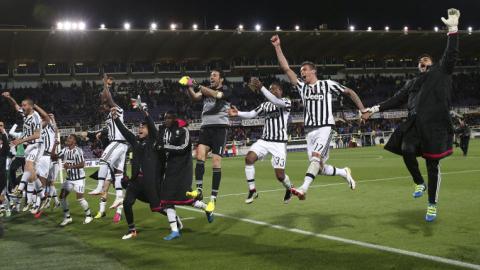