Ole Gunnar Solskjaer who leaves his role as manager of Norwegian club Molde, will be joined by Mike Phelan as assistant manager. The appointment comes a day after Jose Mourinho’s was sacked from one of football's top jobs.

Manchester United have turned to former striker Ole Gunnar Solskjaer to steady the ship until the end of the season, confirming the Norwegian as caretaker manager in the wake of Jose Mourinho’s sacking on Tuesday.

We can confirm that Ole Gunnar Solskjaer has been appointed as caretaker manager until the end of the 2018/19 season.

He will be joined by Mike Phelan as first-team coach, together with Michael Carrick and Kieran McKenna. #MUFC

Solskjaer, who leaves his role as manager of Norwegian club Molde, will be joined by Mike Phelan as assistant manager. Phelan previously carried out that role under former United boss Alex Fergsuon for five seasons before leaving in 2013.

United parted company with Mourinho with the club in sixth spot in the Premier League having made their worst start to a season for 28 years, culminating in a limp 3-1 loss to bitter rivals Liverpool at Anfield on Sunday.

The appointment of Solskjaer to inject some life into United in some ways mirrors his playing career at the club where he scored 126 goals between 1996-2007, often as an impact sub.

Join us in welcoming Ole back to #MUFC! pic.twitter.com/KCtGw62Y4m

His most memorable contribution came in the 1999 Champions League final victory over Bayern Munich when he netted a stoppage-time winner.

“Manchester United is in my heart and it’s brilliant to be coming back in this role,” the 45-year-old former Cardiff City manager, said in a statement.

“I’m really looking forward to working with the very talented squad we have, the staff and everyone at the club.”

Coincidentally Solskjaer’s first task will be to try and guide United to a much-needed three points away at Cardiff – the club who were relegated from the top flight on his watch – on Saturday. 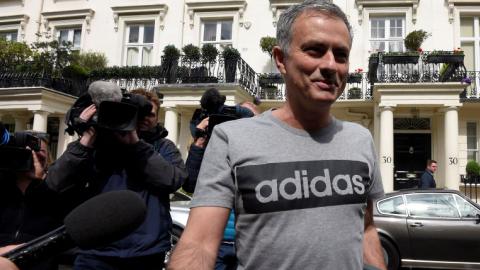