Van der Westhuizen invested all his energy in the J9 Foundation which helps sufferers cope with the fatal motor neurone disease, a condition he battled since 2011.

Van der Westhuizen was the former scrum-half for the South African rugby side that triumphed at the 1995 World Cup. The incurable disease, which damages parts of the nervous system, had left him frail and confined to a wheelchair – a shadow of his athletic former self.

His declining health had been closely followed by anguished fans around the world. On Monday, his former team members and other players from around the world remembered the scrum-half for his fortitude, team spirit and exceptional skill.

"In a team talk, I can still remember his eyes looking right through you with so much determination. He had this sparkling personality, you could still see it in his eyes even those last years," Morne du Plessis, manager of the 1995 World Cup-winning Springbok team, said.

"A great friend has left us with an incredible legacy in rugby. Joost inspired on and off the field. Rest easy blue eyes... ," shared Ex-England scrum-half Matt Dawson. 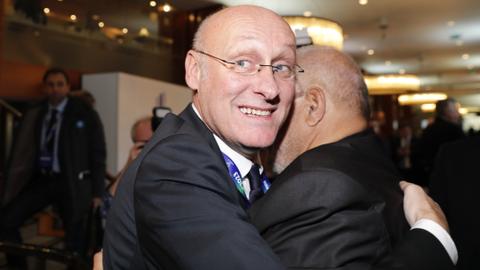