Fenerbahce announces that Phillip Cocu was dismissed after Sunday's defeat against Ankaragucu.

Turkey's Fenerbahce football club dismissed its Dutch manager Phillip Cocu from duty after a 3-1 loss to Ankaragucu on Sunday night, the club announced.

The defeat left the club struggling in 15th in the table.

"Our football team manager Phillip Cocu is dismissed from his duty as of tonight. We present it to the public's information," the football club wrote on its official Twitter account.

Cocu, who was appointed after leading PSV Eindhoven to three Dutch league titles,  was the 72nd manager of Fenerbahce and the team's 38th foreign manager to take over managerial duties in the club.

The 47-year-old leaves with the team having mustered only nine points from 10 games. 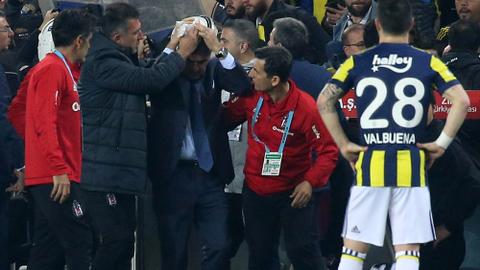