John Andretti, a son of one of America's most famous motor racing families who tested his talent on a variety of tracks, has died of colon cancer at the age of 56, Andretti Autosport said Thursday.

"He fought hard and stole back days the disease fought to take away," Andretti Autosport said in a statement. "He helped countless others undergo proper screening and in so doing, saved lives.

"We will forever carry with us John's genuine spirit of helping others first and himself second."

He raced for 17 seasons in the hugely popular NASCAR stock car series, winning two of his 393 starts with 37 top-10 finishes.

Early on he tried his hand at dirt racing, and won the 1989 Rolex 24 at Daytona, one of two sports car victories for him that season.

"He was one of the most versatile racers ever, winning races in IndyCar and NASCAR and reaching the pinnacle of top fuel drag racing as we ll," said John Doonan, president of the IMSA sports car governing body.

In 1994, Andretti became the first driver to compete in the Indianapolis 500 and NASCAR's 600-mile race in Charlotte, North Carolina, later on the same day.

Andretti was diagnosed with stage 4 colon cancer in 2017. He used the social media campaign #Checkit4Andretti to encourage people go get colonoscopies – something he had neglected to do.

After chemotherapy he tweeted in March of 2018 that his scans were clear, but on March 29, 2019 he tweeted again to say tests showed the cancer had returned and spread. 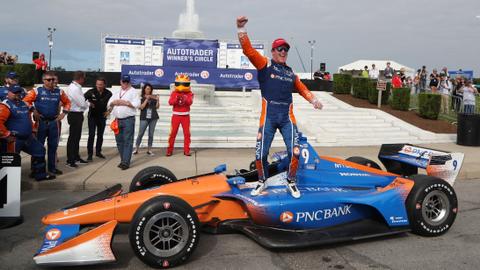