Missing stamps are at the heart of the controversy surrounding the result of Turkey's referendum on 18 constitutional amendments. What is all the fuss about these stamps?

Turkey's main opposition, the Republican Party (CHP) claims the inclusion of ballot papers missing a stamp has cast severe doubts on the legitimacy of the outcome of last Sunday's referendum approving 18 constitutional amendments.

By a slim majority of 51.41%, the Turkish electorate approved the controversial amendments that will see the country move from a parliamentary system to an executive presidential system.

Three political parties lodged objections with Turkey's Supreme Electoral Board (YSK) over the unstamped ballot papers. On Wednesday the YSK announced that 10 of its 11 members had rejected the parties' objection and appeal to annul the referendum. One member voted in favour of objections.

YSK president Sadi Güven said the board decided to accept to unstamped ballot papers because "the real voters cast their votes with the real ballots, real envelopes and real stamps in a healthy manner".

CHP's vice chairman, Bülent Tezcan said on Friday that CHP would take the case to the Council of State in a bid to overturn YSK's decision.

What was the process?

On the morning of the referendum, YSK sent watermarked ballot papers, envelopes bearing YSK's logo, and the stamps to polling stations. These arrived at the respective polling stations in a sealed bag.

Electoral officers were responsible for checking that the number of ballot papers and envelopes was equal to the number of voters registered for that polling station.

Güven rejected claims of irregularities, saying that the stamps were secondary security measures and voters had been protected by the fact that ballot papers were already watermarked.

So what is the fuss over the stamps?

On the the day of voting some polling officers failed to stamp the back of some ballot papers and the envelopes before the voting began.

YSK later said that this had been due to "error, neglect or manipulation." Voting continued with ballot papers that had not been stamped at the back.

Güven said on Monday, that it was impossible to know how many ballot papers with missing stamps were used, because the numbers were not reported by polling officers when the referendum was underway.

After complaints that some polling officers didn't stamp some ballots and envelopes with the second stamp, YSK ruled during the referendum that as long as it was confirmed that the ballot paper and the envelopes were not brought into polling station from outside, the vote at those stations would remain valid.

The parties which objected to the ruling claim that YSK's decision conflicted with an earlier ruling, therefore unlawful.

Following the YSK's decision to reject the objections and the call to annul the referendum, CHP Chairman Kemal Kılıcdaroglu issued a statement saying that "judges should decide according to law".

According to the YSK's earlier ruling, ballot papers and the envelopes which had not been stamped should be declared invalid.

However, Güven said the decision to accept ballot papers that had not been unstamped was not unusual. It had happened before.

He said that in these instances, the YSK had ruled in favour of accepting unstamped ballots because the board believed voters should not be punished because of the polling officers' irresponsibility and that their right to cast their votes should be protected.

Güven told a press conference on Sunday that all the ballots and the envelopes were delivered to polling officers on the referendum day.

"The numbers of delivered materials were being recorded by the officers before the voting and it's proven that the number of ballots, envelopes and the number of voters are consistent," he said. 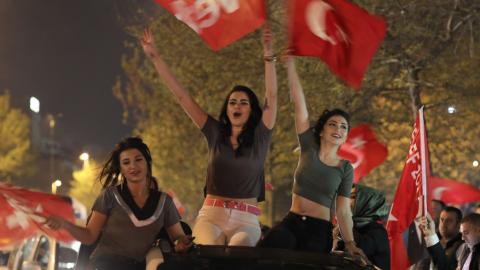 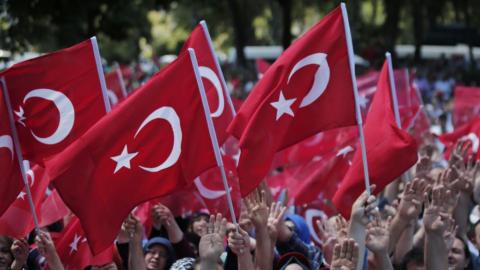 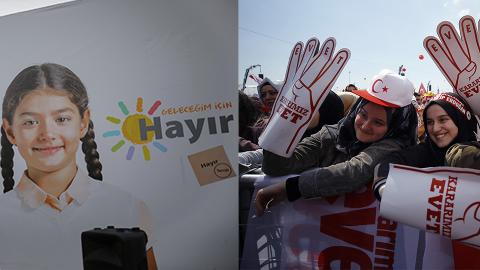 What you need to know about the Turkish referendum