According to the rector of state-run Baku Higher Oil School, the academics who allegedly have links to FETO worked at the Qafqaz University as professors, department heads and deans.

Azerbaijan will deport 50 Turkish academics employed at a university allegedly linked with the Fetullah Terrorist Organisation (FETO), its rector announced on Wednesday.

Gasimov said they will not have their contracts renewed and will be deported by the end of August.

The Qafqaz University was brought under the control of Baku Higher Oil School after the failed July 15 coup attempt in Turkey.

Azerbaijan has also shut down a private TV channel after its interview with Fethullah Gulen shortly after the failed coup.

Gulen is accused of orchestrating the coup attempt through his FETO terrorist network.

Azerbaijan's Prosecutor General announced on Monday the opening of a criminal investigation into FETO.

The coup attempt which sought to overthrow the democratically elected Turkish government on July 15 left at least 240 people dead and nearly 2,200 injured.

Gulen is accused of leading a long-running campaign to overthrow the state through the infiltration of Turkish state institutions, particularly the military, police, and judiciary, forming what is commonly known as the 'parallel state.'

He has been living in the United State in a self-imposed exile since 1999.

The extradition of Gulen is being sought by Turkish authorities. 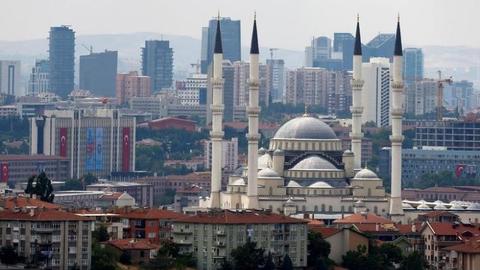