Turkish Foreign Minister Mevlut Cavusoglu says hosting YPG/PKK terror group is like "playing with fire", calling on the Greek Cypriot administration to refrain from cooperating with it.

Turkiye's foreign minister has lambasted the Greek Cypriot administration for hosting an office belonging to the YPG/PKK terrorist organisation.

If Turkiye or the Turkish Cypriot side faces any threat or attack from the Greek Cypriot side, “we will make them pay the price”, Mevlut Cavusoglu said on Thursday.

"This price will be a heavy one, thus they (Greek Cypriot side) should not play with fire," Cavusoglu added, speaking at a joint news conference with his Estonian counterpart, Eva-Maria Liimets.

Cavusoglu also said there are terror camps of the PKK and the DHKP-C in Greece.

"It has also been proven with documents that DHKP-C members trained there (in Greece) returned and carried out terrorist attacks in Turkiye," he said.

In its over 35-year terror campaign against Turkiye, the PKK — listed as a terrorist organisation by Turkiye, the US and the EU —has been responsible for the deaths of at least 40,000 people, including women and children. The YPG is the PKK’s Syrian offshoot.

Cavusoglu called on the Greek Cypriot administration to refrain from cooperating with terror groups.

"There may be problems on different issues that we cannot agree on. Our opinions are different, of course...But the issue of terrorism is a very different matter. This is purely a matter of security," the minister said, adding that Turkiye does not support any terrorist organisation.

Cavusoglu added that the Fetullah Terrorist Organization (FETO) members do not only use Greece as a transit country but they also use it as a safe haven and live there.

FETO and its US-based leader, Fetullah Gulen, orchestrated the defeated coup of July 15, 2016, in which 251 people were killed and 2,734 injured.

Cavusoglu also commented on his meeting with his Estonian counterpart as he hailed the bilateral relations between the two countries.

He pointed out that there was a significant increase in trade between the two countries last year despite the pandemic.

Cavusoglu announced that Turkiye's Trade Minister Mehmet Mus will visit Estonia this year, with the aim to increase the trade volume with Estonia to $500 million.

Liimets said the leaders addressed security concerns during the meeting.

"Our bilateral relations are very good and friendly," the Estonian foreign minister said, and added that her country supports "Turkiye's path to the European Union". 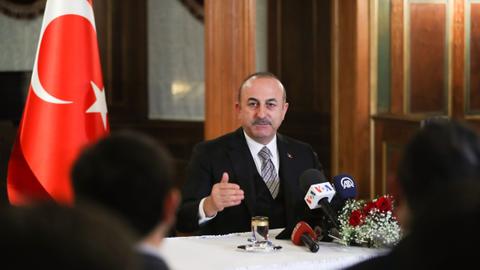 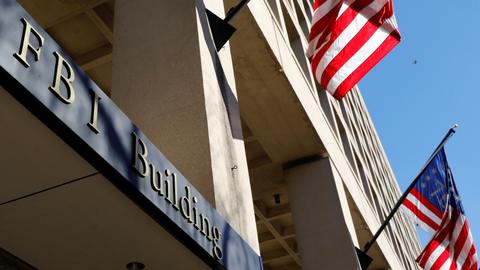 Erdogan hints at new Syria operation in 'east of Euphrates'