Hurriyet newspaper claims CIA intercepted Daesh suspects communications of a planned attack on Etihad airplane and kept the information to itself.

United States intelligence officials withheld information from Turkey and Australia over a plot by Daesh militants to blow up an Etihad Airways plane, a Turkish newspaper reported.

According to Hurriyet daily newspaper columnist Deniz Zeyrek, the US was already aware of the plot before the Australian police arrested the militants in July, but only shared that information with Australia after two militants had been arrested.

The information was never shared with Turkish intelligence officials, according to Zeyrek.

On August 4, Australian police announced that they had arrested Daesh suspects, Khaled Khayat and Mahmoud Khayat, whose unsuspecting brother was about to fly from Sydney to Dubai with Etihad Airways with a bomb in his luggage.

The men put the home-made bomb in their brother’s luggage, disguised as a meat mincer.

Australian Federal Police Deputy Commissioner Michael Phelan added that the high-grade military explosives used to build the bomb had been sent to Australia by air cargo from Turkey.

The plot which was “inspired and directed” by Daesh, targeted the Etihad Airways flight on July 15. The bomb was detected by airport security.

Two days after the Australian police statement, Turkish Police issued an official statement on the case saying that there was no confirmation or proof of claims that the explosives had been sent from Turkey.

Turkish and Australian police are working together on the case, according to Turkish police, but have not provided any other details on what information they have received from their Australian counterparts.

On Wednesday Zeyrek reported that unnamed security officials had informed him that Australian police had told their Turkish counterparts that the explosives were sent in separate shipments. According to Zeyrek, the explosives had been shipped three months before the aborted attack.

Zeyrek wrote in his column that the National Security Agency (NSA) of the US had detected the messages between two Daesh cells in Australia and Turkey, sent via the Telegram application. NSA gave the information to the CIA, and the CIA obtained the intelligence after they worked on the messages.

CIA shared the intelligence with Australia after July 15, the day airport security found the bomb. They never shared the information with Turkey.

Turkish intelligence and security officials only became aware of the intelligence after they asked Australian police for more details in relation to their investigations, according to security sources who talked to Hurriyet.

The columnist also asked: “Why would the US keep such critical information from its allies?” 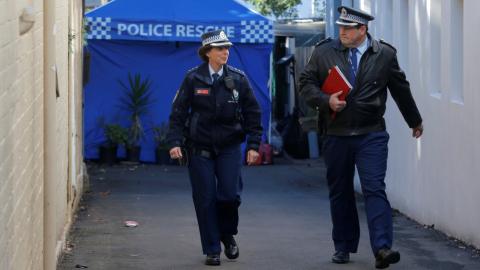