Turkish President Erdogan voices sadness over the storming of Islam's third-holiest site by fanatic groups and security forces, in a phone call with his Israeli counterpart Herzog, warning against threats to its status.

Türkiye's president has expressed deep sorrow over the ongoing violence caused by the Jewish radical groups and Israeli forces in occupied Palestinian territories, in a phone call with his Israeli counterpart.

"We are deeply saddened by the fact that more than 400 Palestinians were wounded and 18 people, including children, lost their lives in the events that took place in the West Bank and Al Aqsa Mosque since the beginning of the month of Ramadan," Recep Tayyip Erdogan wrote on Twitter following conversation with Isaac Herzog on Tuesday.

Expressing grief over the early-morning raids launched on the Al Aqsa Mosque by fanatic groups and Israeli security forces on Sunday and Monday, Erdogan repeated his call for "everyone to make the utmost effort to preserve the spirituality and sanctity of this blessed place and these (blessed) days."

"While the holidays (Eid al Fitr) should be held in a festive mood, these images, which are encountered every year because of some radicals, hurt the consciences and caused justifiable reactions across the entire Islamic world," he said.

Eid al Fitr is a Muslim festival celebrated after the end of the fasting month of Ramadan.

"In this sensitive period, I would like to emphasise once again the necessity of not allowing provocations and threats against the status and spirituality of the Al Aqsa Mosque," he added.

Tensions soar as Israeli forces attack Palestinians on Al Aqsa Mosque compound during the holy month of Ramadan. Here are five major incidents from this year so far pic.twitter.com/aTIRihndkS

Jews won't be allowed to enter the compound

Meanwhile, the Israeli government has decided to close the Al Aqsa compound to Jewish visits for the rest of the Muslim holy month of Ramadan in response to violence that has taken place on the holy site, Anadolu Agency reported on Tuesday.

The closure will take effect beginning this Friday.

The policy of barring non-Muslims from visiting the Al Aqsa during the last roughly ten days of Ramadan has been in place for years, however.

This year’s 10-day ban on non-Muslim visitors is viewed as part of the status quo on the Al Aqsa compound, which allows Muslims to visit and pray, while Jews are only allowed to visit during limited time slots and cannot pray. 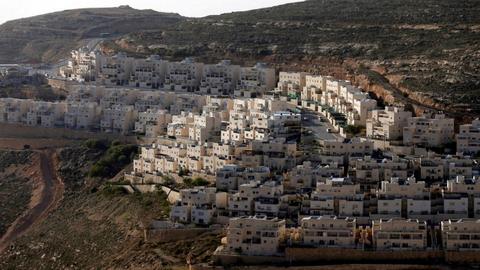