A so-called senior PKK terrorist responsible for operations in Iraq's Makhmour region has been neutralised by Turkish intelligence, the nation's president announced.

Turkish authorities use the word "neutralise" to imply the terrorists in question surrendered or were killed or captured.

Erdogan said Turkey would not allow the "treacherous and separatist organisation" to use Iraq's Makhmour district as an "incubation centre" for terrorism.

"We will continue to eradicate terrorism at its source," he stressed.

Two more terrorists were neutralised together with Bozkir in the operation on the PKK's Makhmour camp, according to a security source, who asked not to be named due to restrictions on speaking to the media.

Bozkir was wanted by the MIT as he was functioning as a ringleader in the site, portrayed as a refugee camp but actually serving as a recruitment and training area for the PKK.

He had joined the terror group in the 1960s and organised its activities in Europe for years.

He was also responsible for its activities in the UK during that time.

Before he was sent to Makhmour, Bozkir managed the flow of illicit funds for the terror group in northern Iraq.

Then he was made responsible for Makhmour as the PKK was cornered by Turkish operations in Qandil.

Turkish intelligence found out that the camp was as important as Qandil for the PKK terrorists and that they were recruiting and training members for their activities under the disguise of the camp.

The PKK takes the Qandil Mountains in northern Iraq as its stronghold and is active in many cities and towns.

It occupies a large number of villages in the region and launches attacks on Turkey's interior.

In its more than 35-year terror campaign against Turkey, the PKK - listed as a terrorist organisation by Turkey, the US, and the EU - ha s been responsible for the deaths of at least 40,000 people, including women, children, and infants.

READ MORE: Why Iran is shielding the PKK in Iraq 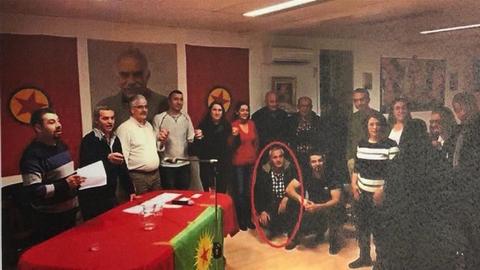