"As long as values are respected, not only Türkiye and Israel but the entire region will benefit with win-win diplomacy," says Turkish leader Erdogan, as ex-PM Benjamin Netanyahu looks set to return to power.

President Recep Tayyip Erdogan has said he wanted to maintain Türkiye's relations with Israel based on mutual understanding, no matter the election outcome, as former PM Benjamin Netanyahu looked set to return to power.

Erdogan's comment on Wednesday, in an interview with Turkish broadcaster ATV, came amid a thaw in long-strained ties between Türkiye and Israel.

"We expect to sustainably maintain our relations with Israel based on mutual respect for sensitivities and shared interests, no matter how the election turns out," Erdogan said.

"As long as values are respected, I believe win-win diplomacy will benefit not only Türkiye and Israel but also the entire region."

Israeli President Isaac Herzog visited Ankara this year in the first visit to Türkiye by an Israeli leader since 2008.

READ MORE: Herzog in Ankara: What Türkiye and Israel seek to achieve

Netanyahu was set to gain power in one of the most right-wing coalitions in Israel's history, causing jitters among Palestinians and Arab neighbours who fear it could ratchet up tensions across the Middle East.

Relations between Israel and Türkiye have been strained for more than a decade, with Ankara recalling its ambassador to Tel Aviv following a 2010 Israeli raid on an aid ship to Gaza, which killed ten Turkish citizens.

Engagements between the two countries bore fruit and Israel agreed to pay compensation to the victims' families in 2016, which led Türkiye to restore its ambassador to Tel Aviv.

Relations frayed again in 2018 when Israeli troops attacked Palestinians during a "Great March of Return", resulting in hundreds of Palestinian casualties. Türkiye withdrew its ambassador from Israel again.

President Erdogan and his Israeli counterpart Herzog had frequent phone calls after the latter visited Ankara.
“On August 17, we decided to advance diplomatic relations to the highest level and mutually announced the decision to appoint an ambassador,” Erdogan said. 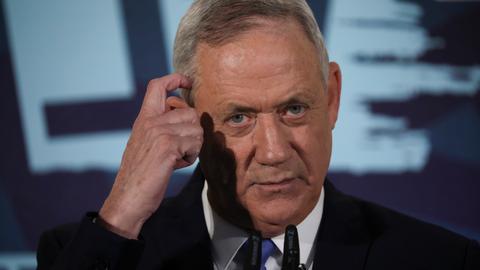 Netanyahu's racist rhetoric can't hide the cloud of corruption around him