Everything Turks abroad need to know about the Turkish elections

Over 3 million Turkish expatriates are expected to vote in Turkey's upcoming elections in 60 countries between June 7 and 24. The foreign vote represents nearly 5 percent of the total and could change the final result if it turns out to be close run.

More than three million Turkish citizens who have registered in the foreign electoral roll will be able to vote in 60 countries around the world, beginning on June 7.

A total of 3,160 ballot boxes will be set up in these 123 foreign missions of Turkey for the elections.

As per the election rules, a minimum of 500 voters should be registered at a foreign representation for a polling station to be established.

A total of 3,049,065 eligible Turkish nationals abroad are set to cast their votes in foreign countries, according to figures by Turkey's Supreme Election Council.

Turkish nationals abroad were able to vote for the first time in the August 10, 2014 presidential elections and the turnout was around 8 percent for the foreign vote.

Before 2014, Turkish citizens who live abroad could vote only at the customs.

Voting abroad was followed by parliamentary elections on June 7, 2015, early general elections on November 1, 2015 and then the April 16, 2017 referendum.

The turnout rose respectively from 32 percent to 40 percent and finally up to 48 percent in the April 16 referendum last year.

This year, Turkish nationals residing in Malta, Serbia and Moldova will also be able to vote in an election in their home country for the first time.

Nearly 60 million people will vote in the elections and the foreign vote represents around 5 percent.

Some recent public surveys have indicated that there would be a tight race in the presidential elections if it went to the second round.

In that scenario, the foreign vote can be a game changer for the historic elections.

More than 1.4 million Turks abroad participated in the 2017 referendum polls and 59 percent of them voted "Yes" for President Recep Tayyip Erdogan's constitutional changes.

In both of the parliamentary elections in June and November 2015, the AK Party took the lead regarding the votes and HDP secured second place. CHP became the third party that Turks abroad voted for.

Turkish voters will use 13 polling stations in Germany, seven in the United States, six in France, four in Russia, China, Canada and Greece, and three in Australia, Austria, Azerbaijan, Bulgaria, the Netherlands, Switzerland, Iran and Kazakhstan.

Voting will span over 13 days in three countries and one day in 24 countries.

Turkish voters in Germany, France and Austria will vote on June 7-19. In Denmark, the voting dates are from June 9-19.

Voting in the US, Australia and Luxembourg will be held on June 9-17.

In Norway, Turkish citizens will be able to vote on June 14-19.

Turkish voters in Belgium, the Netherlands and Switzerland will vote on June 15-19.

Turkish voters in Italy and Turkmenistan will vote on June 15-17 and in Bulgaria, Canada and the Turkish Republic in Northern Cyprus on June 16-18.

Voting will be held from 9 am to 9 pm local time on weekdays and weekends.

If the presidential election goes to the second run-off stage then voters will go to polls again between June 30-July 4. 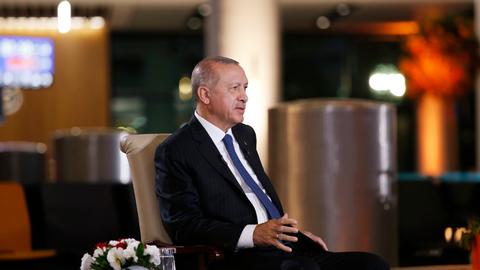