Turkey's Ambassador to the US Serdar Kilic says the FETO coup plotters had not taken into account the resistance of the Turkish people on the night of the coup.

The Turkish Embassy in Washington on Sunday held a ceremony to mark the defeated coup of 2016,  that was orchestrated by Fetullah Terrorist Organisation (FETO).

The commemorative event started with a minute of silence observed in the honour of the victims of July 15 defeated coup, followed by singing of the Turkish national anthem.

In his opening speech, Turkey's Ambassador to the US Serdar Kilic said Turkish democracy, constitutional order and its democratically elected leader came under "an unprecedented attack by a heinous group [FETO]" on the night of coup attempt.

"But on that night, they did not take into account the Turkish people who displayed a glorious resistance against the terrorist coup plotters by taking to the streets," he added.

We hosted a commemorative event at the Embassy on the anniversary of the #July15 coup attempt. #ŞehitlerimiziUnutma #15TemmuzDIŞ pic.twitter.com/ljabksYaAX

He said Turkey is a "dedicated and determined" country in its fight against FETO and other terrorist organisations.

"And we expect the necessary steadfast solidarity and support from our allies and partners in this fight," he added.

The event was attended by Azerbaijan Ambassador to the US Elin Suleymanov Eminoglu, US Principal Deputy Assistant Secretary Elisabeth I. Millard, former Commander of the Turkish Land Forces General Salih Zeki Colak, heads of different NGOs, embassy staffers and Turkish-Americans.

Meanwhile, US State Department spokeswoman Heather Nauert said in the statement that the United States stood by its NATO ally.

She called the coup attempt "an attack on democracy and a stark reminder that the preservation of democracy requires perseverance and safeguards for fundamental freedoms."

On July 15, 2016 FETO and its US-based leader Fetullah Gulen orchestrated a defeated coup in Turkey which killed at least 250 people and injured nearly 2,200.

Since the coup attempt, Turkey has sought Gulen's extradition from the US, and complained that the US is not moving fast enough.

FETO has a considerable presence outside Turkey, including private educational institutions that serve as a revenue stream for the terrorist group, including in the US. 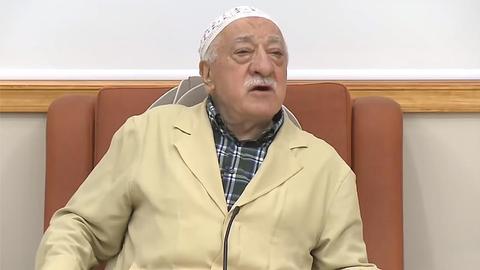 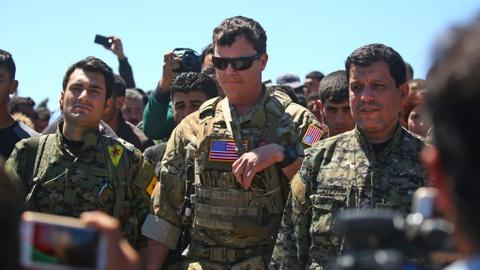