The new media platform targets seven countries in the Balkans, and will publish content in multiple languages, including Albanian, Bosnian and Macedonian.

The platform, which has become operational on Wednesday, will publish special content for Bosnia and Herzegovina, Croatia, Serbia, North Macedonia, Albania, Kosovo and Montenegro.

"TRT Balkan will be fighting for justice in the international arena and it will be the voice of the voiceless," Türkiye's Presidential Communications Director Fahrettin Altun said at the launch event in Ankara.

"We don't consider peace and welfare in Balkans different from ours," Altun added.

TRT’s Director-General Mehmet Zahid Sobaci said, "Our understanding of broadcasting is human-centric, striving to be the voice of the people in disadvantageous countries".

TRT Balkan targets over 30 million people from the region and the Balkan diaspora with a wide range of content in multiple languages, including Albanian, BHS (Bosnian, Croatian, Serbian) and Macedonian.

With its offices set in Skopje and Sarajevo, TRT Balkan will operate with the aim of providing objective and reliable news to its audience from around the Balkans.

The platform is part of TRT’s plans to expand globally.

Founded in 1964, the Turkish media organisation has been on the path to becoming a major international broadcaster since 2016, when it launched its English-language service, TRT World. 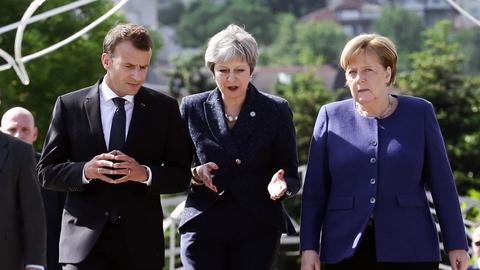