Turkish Foreign Ministry said that “an inclusive and representative government” should be established without delay in line with the expectations of the Iraqi people.

Türkiye has urged "common sense and restraint" as opposing demonstrations in Iraq over the nomination of a new prime minister are feared to further escalate tensions.

Türkiye follows the developments in Baghdad with "concern," the Foreign Ministry said on Monday in a written statement, adding that it hopes the current political uncertainty is settled soon.

It urged that "an inclusive and representative government" should be established without delay in line with the expectations of the Iraqi people.

Türkiye "respects the right of the Iraqi people to express their views and expectations through democratic means," the statement said, calling on the parties to refrain from violence and preserve the public order first.

The ministry added that it is of utmost importance to refrain from violence and to prioritise the preservation of public order.

“We call on all relevant parties to act with common sense and restraint,” it concluded.

Tensions have escalated across Iraq in recent days following the nomination of Mohammed Shia al Sudani as a new prime minister by the Coordination Framework.

On Saturday, supporters of Shia cleric Muqtada al Sadr started an open sit-in protest inside the parliament after they breached the building in Baghdad's fortified Green Zone.

In a counter-protest, supporters of Iraqi groups close to Iran staged demonstrations in Baghdad on Monday amid attempts to storm the fortified Green Zone.

Iraq has been in a political deadlock for nine months following the country’s general elections last October, and failed since then to agree on a new government between the rival parties. 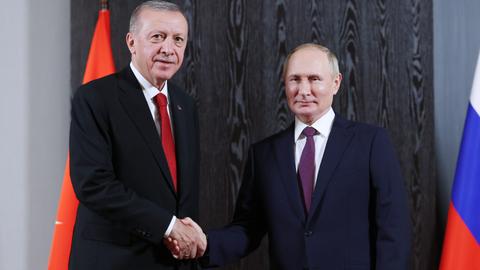 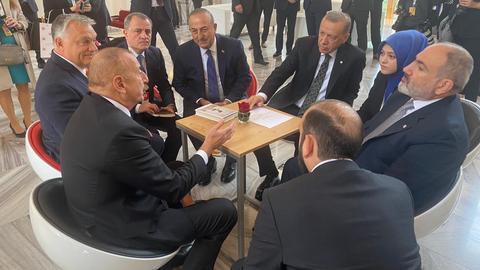