Turkey's presidential aide Ibrahim Kalin and US National Security Advisor John Bolton agreed that the terror corridor in the safe zone area would be turned into a peace corridor for the displaced Syrians longing to return to their homes.

Turkey's presidential aide Ibrahim Kalin and US National Security Advisor John Bolton on Friday spoke over the phone and discussed the agreed safe zone in northern Syria, according to the Turkish Presidency.

During the phone call, it was stated that the agreement on setting up a safe zone in northern Syria should be implemented soon, considering Turkey's security concerns.

Kalin and Bolton also discussed formation of the Joint Operations Center to coordinate and manage the establishment of the safe zone.

On Wednesday, Turkish military officials and their US counterparts agreed that the safe zone in northern Syria would be a "peace corridor" for displaced Syrians longing to return home.

Also, both sides agreed on the immediate implementation of measures to address Turkey's security concern.

The two officials also discussed ways to expedite the process to form a constitutional committee and the political transition in Syria.

They also discussed steps to be taken to increase the bilateral trade volume, expected visit of US Commerce Secretary Wilbur Ross to Turkey in September, as well as details regarding the planned visit of US President Donald Trump to Turkey later this year. 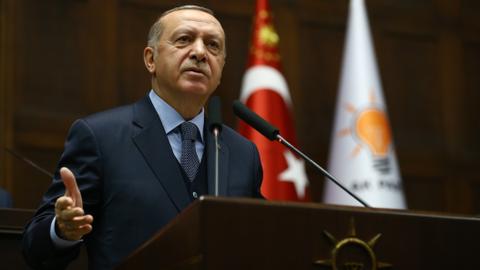 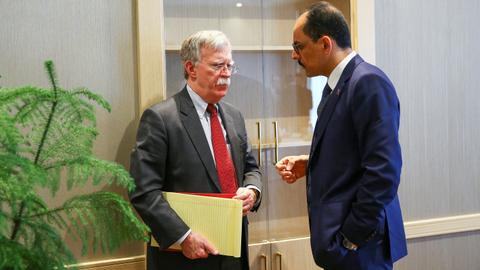