Turkey on Friday warned Greek Cypriot regime against its plans to start drilling for offshore oil and gas reserves in the Eastern Mediterranean.

A deepwater drillship leased by a consortium of Italy’s ENI and Total of France was preparing to begin the drilling earlier this week.

The licence for drilling has been issued by the Greek Cypriot administration, something unacceptable to the Turkish residents of Cyprus.

One-sided actions are a "disregard of the inalienable rights on natural resources of the Turkish Cypriot people, the co-owners of the island,” it said in a statement.

The drilling vessel arrived at Block 6 of the "so-called" exclusive economic zone to start search for gas.

Yiorgos Lakkotrypis, Greek Cypriot’s minister of energy, announced on Twitter that the drillship had arrived in the disputed area.

The Turkish Foreign Ministry has described the situation as "unacceptable" as the Greek Cypriot side was acting as though it were "the sole owner" of the island.

The statement said Turkey is "determined to protect both its own rights and interests in its continental shelf and to continue its support to the Turkish Cypriot side."

In February 2016, the Greek Cypriot administration went ahead and began granting exploration licenses for a number of blocks off the island.

The consortium of ENI and Total won licensing for block 6.

Cyprus has been divided since 1974 when a Greek Cypriot coup was followed by violence against the island's Turks and Ankara's intervention as a guarantor power. 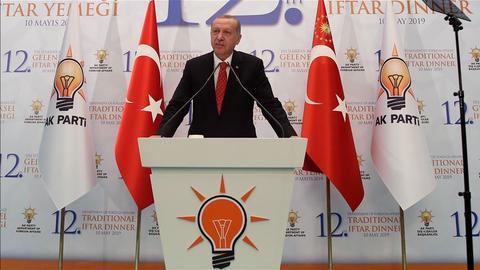