Turkey has offered to guard and run Hamid Karzai airport after NATO's withdrawal and a US delegation is expected to travel to Turkey to discuss Kabul airport's security on Thursday, Turkish Defence Minister Hulusi Akar says.

Turkey will not send additional troops to Afghanistan as part of a plan to run and secure Kabul's airport following the US and NATO pullout from the country.

Turkey has offered to guard and run Hamid Karzai airport after NATO's withdrawal and has been holding talks with the United States on logistic and financial support for the mission.

Turkish Defence Minister Hulusi Akar said on Wednesday Turkey had a military presence in Afghanistan working under NATO's Resolute Support Mission to guard the airport for six years, adding that details of the plan were still being discussed.

A delegation of Pentagon, US State Department officials are expected to travel to Turkey to discuss Kabul airport's security on Thursday, Akar said.

The mission could be a potential area of cooperation between Ankara and its allies amid strained ties as the security of the airport is crucial for the operation of diplomatic missions out of Afghanistan after the withdrawal.

Ankara has said it cannot carry out the mission without support.

"At the moment, we already have a presence there and it is out of the question for us to send any soldiers there in any way now," Akar told parliament, referring to some 500 Turkish troops taking part in the NATO mission, and added talks were still underway.

"When these efforts are concluded in the coming period, the necessary measures will be taken and it will become a plan," he said.

Ankara has been running the military and logistic operations of Kabul airport for six years as part of the NATO-led Resolute Support Mission.

Turkey, whose forces in Afghanistan have always comprised non-combatant troops, is reported to have offered to guard the airport as questions remain on how security will be assured along major transport routes and at the airport, which is the main gateway to the capital Kabul.

Ties between Turkey and its NATO allies have been strained over a host of issues, ranging from Ankara's purchase of Russian defences to policy differences in Syria, Libya and the eastern Mediterranean.

A Taliban spokesperson said Turkey should withdraw its troops from Afghanistan under the 2020 deal for the pullout of US forces, but Washington and Ankara have said the plans will press on.

"We have historical ties with Afghanistan. Turkish soldiers [in Afghanistan] have never served in combat missions. On the other hand, they won the hearts of the brotherly Afghan people by helping them," Meral Aksener told her Good (IYI) Party's parliamentary group.

Aksener said there was no reason "to take such a risk." 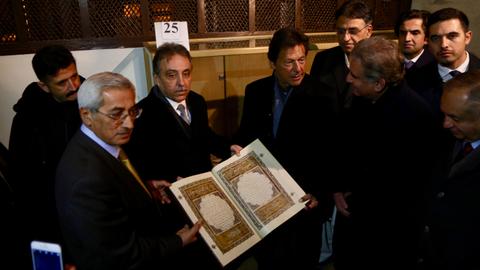 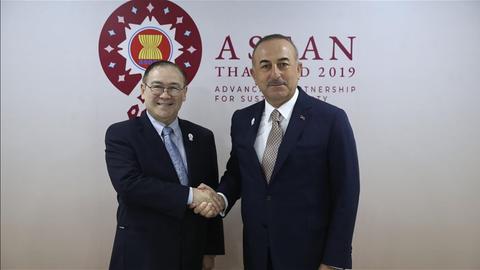 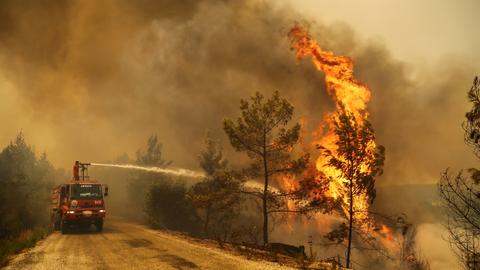 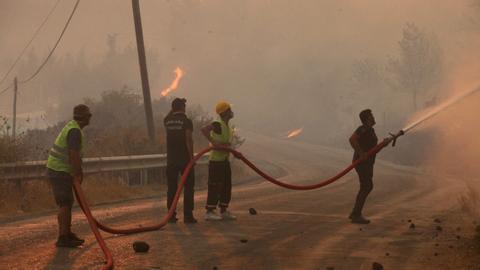