Turkey has recommended an "international protection mechanism" for Palestine's civilians in an emergency meeting of Organization of Islamic Cooperation (OIC), as Israel continued its aggression in besieged Gaza on the seventh consecutive day where death toll jumped to 181, including 52 children.

"These efforts should also include physical protection through forming an international protection force with military and financial contributions of willing countries," Turkey's Foreign Minister Mevlut Cavusoglu told the virtual meeting of the 57-member Islamic bloc on Sunday, adding such a mechanism is in line with a 2018 UN General Assembly resolution.

It is time to show unity and determination for Palestine, and Turkey is ready to take any necessary step, he said.

Stating that efforts to normalise ties with Israel have emboldened it, he added: "We should stand for justice and humanity. There should be no other considerations. This is time to show our unity and decisiveness. The ummah (Muslim community) expects our leadership and courage, and Turkey is ready to take whatever action is necessary."

Cavusoglu told the OIC that Israel should be held accountable for war crimes and that the International Criminal Court could play a role.

OIC meets as deaths near 200

The OIC meeting comes as Israel continues its relentless bombing of Gaza where it has killed some 181 people, including 52 children,  while attacking Palestinians in occupied West Bank.

The Israeli bombardment began on Monday, after Hamas fired rockets in response to bloody Israeli aggression at the flashpoint Al Aqsa Mosque compound in occupied Jerusalem, as well as a brutal crackdown on protests against the planned Israeli expulsion of Palestinians from their homes in the Sheikh Jarrah neighbourhood in annexed East Jerusalem.

"Kids are dying and mothers are crying... how can we handle this?"

He also condemned what he called the violation of the sanctity of Islamic holy sites.

The Saudi minister also denounced the "forcible" eviction of Palestinians from their homes in East Jerusalem and urged the international community to end this "dangerous escalation" and revive peace negotiations based on a two-state solution.

READ MORE: Tens of thousands protest across North America in solidarity with Palestine

#OIC Secretary General: We salute the resilience of the Palestinian people in Al-Aqsa; Al-Quds is an integral part of #Palestine. #AlAqsaMosque pic.twitter.com/ERTym7elEY

The fighting comes at a sensitive time for Arab states like the United Arab Emirates and Bahrain which last year broke a longstanding taboo in the region by establishing formal ties with Israel, with tacit approval from Gulf power Saudi Arabia.

Emirati and Bahraini ministers at the gathering of the 57-member OIC called for a ceasefire and stressed the importance of preserving the identity of occupied Jerusalem, which contains sites sacred to Judaism, Islam and Christianity.

"De-escalation and the highest degree of restraint are important to avoid dragging the region to new levels of instability," said UAE Minister of State for International Cooperation Reem al Hashimy.

"Normalisation and running towards this colonial Israeli system without achieving peace and ending the Israeli occupation of Arab and Palestinian lands represents support for the apartheid regime and participation in its crimes," Maliki told the OIC meeting.

"This colonial occupation must be confronted, dismantled, ended, and banned. The recently accelerated normalisation will not have an impact on the sentiments of the Arab world or change their assessment."

READ MORE: OIC slammed for its 'weak' response to Israeli violence on Palestine

Malaysia said OIC's "lack of political will" should no longer be tolerated as an excuse to lengthen Israel's occupation of Palestine.

"I believe and remain convinced that the OIC must continue to play a central role to take all maximum possible efforts to protect Palestinians against Israel’s hostile acts," he said.

In his speech, Pakistan's Foreign Minister Shah Mahmood Qureshi said, "Pakistan remains ready to join hands with other OIC member states in any move to stop ongoing bloodshed of Palestinians."

He said attempts to "creating false equivalence between Israel, the aggressor and Palestinians, the victims, is inexcusable."

"There comes a time in the history of  nations when decisions taken are remembered by posterity and it is important to be on the right side of history. This is one such moment. We must not fail the Palestinian people at this critical juncture," Qureshi added.

In a joint statement later, the OIC said it "condemns in the strongest terms the barbaric attacks launched by Israel... against the Palestinian people and their land and holy sites".

The pan-Islamic body demanded a complete cessation of hostilities, saying the violence was causing "severe suffering" to civilians and increased the "risks of instability" in the region.

Tensions have been running high in the Sheikh Jarrah neighbourhood of the occupied East Jerusalem and at the Al Aqsa Mosque since the Muslim holy month of Ramadan as Israeli forces and illegal settlers assaulted Palestinians.

The tensions spread from occupied East Jerusalem to Gaza after Palestinian resistance groups there vowed to retaliate against Israeli assaults on the Al Aqsa Mosque and Sheikh Jarrah if they were not halted.

Israel occupied East Jerusalem, where Al Aqsa is located, during the 1967 Arab-Israeli war. It annexed and occupied the entire city in 1980 in a move never recognised by the international community. 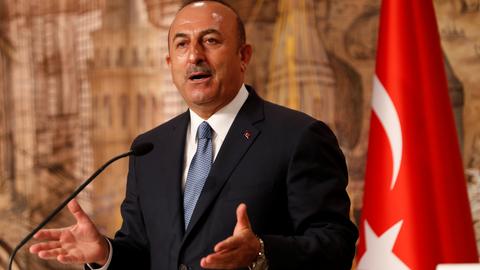