Turkey’s president on Sunday attended a dual ceremony commissioning a new Turkish naval ship while starting construction of a ship set to be sold to Pakistan's navy.

Turkey is one of 10 countries worldwide able to build, design, and maintain warships using its own national capabilities, President Recep Tayyip Erdogan told the ceremony for the TCG Kinaliada, commissioned today for the Turkish navy, and a MILGEM (Turkish national warship programme)-class ship being built for Pakistan.

In his speech, Erdogan said he hoped the Kinaliada (F-514), an Ada-class corvette, will benefit the Turkish nation and its sailors and further hopes Pakistan, a friendly nation to Turkey, will also benefit from the ship whose construction started today.

"Our navy, rich with glorious victories, is carrying this legacy into the future by further strengthening it," he said.

It's top-class "equipment, discipline, qualified personnel and all the accomplishments it undertakes" make Turkey proud, he said.

In July 2018 Pakistan's navy signed a contract for the acquisition of four MILGEM-class ships from Turkey.

Erdogan said recent events globally and especially in the Mediterranean point to the need to strengthen Turkey at sea, as in all other areas.

Greece and Greek Cyprus have recently challenged Turkey's right to use the energy resources of the eastern Mediterranean, but Turkey has not backed down and continues to send drill-ships to the region with military escorts.

Turkey is resolved to reach heights domestically in all areas including shipbuilding, artillery, missiles, torpedoes, and electronic systems, Erdogan said. 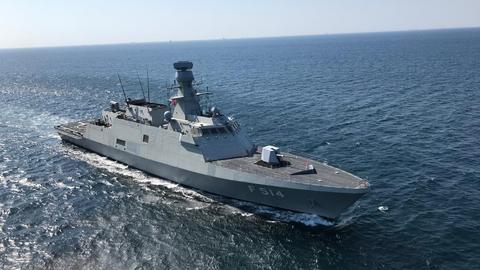 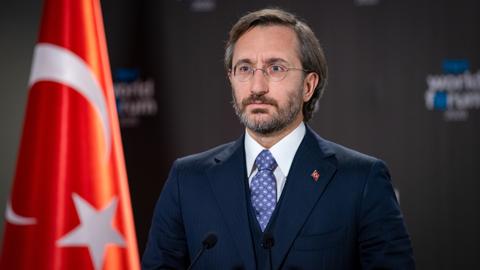 Turkey to West: Stop spreading 'lies' of HDP and PKK