"We have destroyed and will continue destroying the separatist [PKK] terrorist organisation's strongholds in Qandil," Turkey's President Erdogan said at a governing Justice and Development (AK) Party election rally in southern Adana province.

"We have destroyed and will continue destroying the separatist [PKK] terrorist organisation's strongholds in Qandil," Erdogan said at a governing Justice and Development (AK) Party election rally in southern Adana province.

The Turkish army neutralised 36 terrorists in anti-terror operations in both Turkey and northern Iraq, the military said on Tuesday.

Turkish authorities often use the word "neutralised" in their statements to imply the terrorists in question either surrendered or were killed or captured.

In a statement, the Turkish General Staff said airstrikes on Sunday and Monday neutralised 26 terrorists.

The airstrikes neutralised terrorists in northern Iraq's Avasin-Basyan region, the Silopi area in eastern Turkey's Sirnak province, and the Hani area in the southeastern Diyarbakir province, the statement added.

Shelters and weapon emplacements used by terrorists were also destroyed during the operation, the statement said.

Air strikes on PKK targets in northern Iraq have been carried out regularly since July 2015, when the PKK resumed its decades-long armed campaign against Turkey.

In recent days, Turkish officials have suggested that the Qandil mountain region in northern Iraq near the Iranian border, where the terrorist group has its headquarters, may be the target of a future operation.

The PKK is listed as a terrorist organisation by Turkey, the US and EU.

In its terror campaign against Turkey, which has lasted for more than three decades, over 40,000 people have been killed, including women and children. 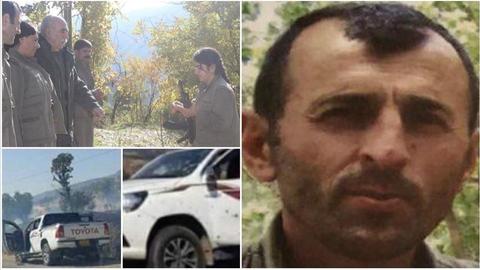 PKK terrorist behind murder of Turkish diplomat killed in Iraq