During a joint new conference with Turkey's President Recep Tayyip Erdogan, Malaysian Prime Minister Mahathir bin Mohamad said the cooperation between the two countries will help to relieve the Muslim Ummah from being subjugated.

Mohamad echoed the statement saying, “Cooperation between Malaysia and Turkey will help to relieve the Muslim Ummah from being subjugated by others."

"If you look at the past, Turkey was the saviour of the Muslim Ummah in those days, but for reasons that few are able to understand we now have no Muslim country to stand up and protect us, but that doesn't mean that this should be forever," said Mohamad.

Following a journalist's question, Erdogan touched upon visa-free travel to Russia, saying it was the fruit of both countries' friendly relations.

"The Russian move allowing visa-free travel to Turkish citizens is a result of warm relations and dialogue," Erdogan said.

Under a decree signed by Russian President Vladimir Putin, Turkish holders of special and service passports paying short-term visits to Russia will no longer need to obtain visas.

Erdogan talked about the release of Hakan Atilla, a former Turkish banking executive, from a federal US prison last week and said that they will meet after Atilla spends time with his family first.

“His time in prison and all that process upset me and my colleagues ... There is no barrier between Hakan Atilla and us. He is our son. We will embrace him,” he added.

Atilla was arrested after Turkish-Iranian businessman Riza Sarraf was arrested in 2016 in the US for violating sanctions on Iran. Cooperating with prosecutors, he gave testimony against Atilla, which was used to convict the banker. 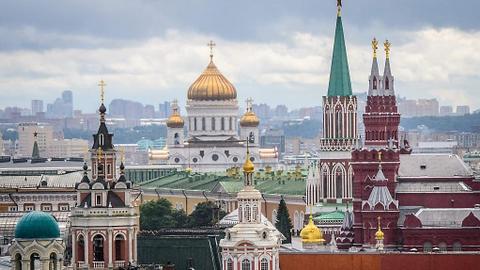