Turkey won't 'give up' on Khashoggi murder probe – Cavusoglu

Earlier this month, Turkey's foreign minister Mevlut Cavusoglu said that Ankara was in talks over a possible UN investigation into the murder of Saudi journalist Jamal Khashoggi.

Turkey's Foreign Minister Mevlut Cavusoglu said on Saturday Ankara would "not give up" on finding out the truth about the murder of Saudi journalist Jamal Khashoggi inside the kingdom's consulate in Istanbul.

"We haven't received any new information or outcome of the investigation from the Saudi side," Cavusoglu said on the sidelines of a conference in Turkish ally Qatar.

"Turkey will not give up on this, we will go to the end."

Earlier this month, Cavusoglu said Turkey was in talks over a possible United Nations investigation into the October 2 murder, which has provoked global outrage.

The 59-year-old columnist for The Washington Post, a palace insider turned critic of the Saudi regime, went missing after entering the Saudi Consulate in Istanbul on October 2.

After producing various contradictory explanations, Riyadh acknowledged he was killed inside the diplomatic building, blaming the act on a botched rendition operation.

In back-to-back votes against Saudi Arabia, the US Senate on Thursday delivered an unusual rebuke of President Donald Trump's response to the journalist's death and signaled new skepticism from Capitol Hill toward the longtime Middle East ally.

The US Senate on Thursday voted on two resolutions, one recommending that Washington end its assistance to Saudi Arabia for the war in Yemen and the other holding Saudi Crown Prince Mohammed bin Salman responsible for the murder of Jamal Khashoggi.

Turkish President Recep Tayyip Erdogan has also said that the killing was ordered at the highest levels of the Saudi government, although he has repeatedly absolved the ageing King Salman. 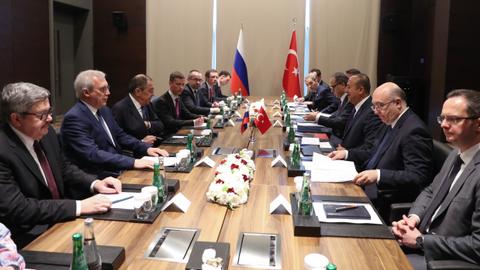