Police rounded up at least 10 people with suspected links to Daesh terror group in simultaneous operations carried out in seven districts of Istanbul.

Anti-terror police teams in Istanbul launched an operation to nab the suspects, considered to be part of groups planning attacks on behalf of Daesh in the metropolis, security sources said on Saturday.

As part of the investigation, police teams carried out simultaneous operations at 13 locations in seven different Istanbul districts and nabbed the suspects, said the sources, who requested anonymity due to restrictions on speaking to the media.

A large number of digital material and organisational documents were also seized during the raids.

Turkey was one of the first countries to declare Daesh a terror group.

The country has since been attacked by its terrorists multiple times.

This was followed by two other operations dubbed Olive Branch in 2018 and Peace Spring in 2019, areas controlled by YPG/PKK terror groups.

READ MORE: YPG release of thousands of prisoners could give Daesh the boost it needs 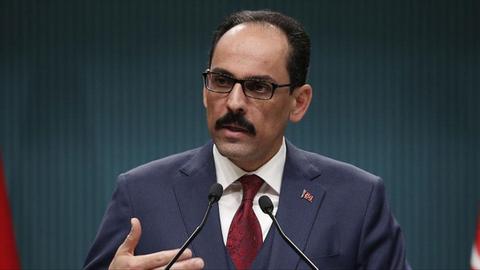