Istanbul-based shipping firm Boden’s director says 15 Turkish sailors who were kidnapped by pirates in Gulf of Guinea in January are now safe in Nigeria.

Turkish crew members who were kidnapped in January following a pirate attack on a cargo ship off Nigeria's coast  have been freed.

The 15 sailors are now safe and in Nigeria, according to CNN Turk citing shipping company Boden’s Director General Levent Karsan.

Borealis Maritime and Boden Maritime stated that the entire crew was now safe and in contact with their families, adding that they would return to Turkey as soon as possible.

"We thank the Turkish and Nigerian governments for their support during these challenging three weeks, all government agencies and officials, the entire Borealis community working on land and at sea, and everyone who helped us solve this problem," the statement said.

The statement also expressed the firms' condolences for one crew member who lost his life during the attack, while commending three others who remained on board for their courage and discipline in bringing the ship back to a secure area.

It added that another statement would be issued once the released personnel return to their families.

Separately, Turkish Foreign Minister Mevlut Cavusoglu said the crew members were in good health and would be brought to Turkey from Nigeria's capital Abuja.

The Liberian-flagged container ship, the Mozart, was headed to Cape Town from Lagos when it was attacked 160 km (100 miles) off Sao Tome island, maritime reports showed. 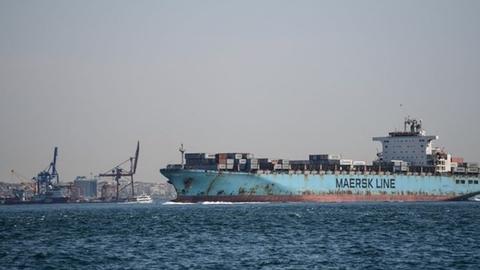